Emoji have gone from cute little pictograms only teens use, to a near-universal method of expression for all languages in about four years. Instagram has been tracking the use of emoji in posts and noticed an explosion of emoji after Apple added the keyboard to iOS in October 2011.

Today, nearly 60% of all Instagram posts in Finland use emoji, while users in countries like France, U.K., Russia, Italy and U.S.A. include emoji in 40% – 50% of posts. Using a tool called word2vec that reads through text and predicts the context around a given emoji, Instagram’s engineers have combed through millions of posts to decipher the true meaning of emoji.

Here are the most popular emoji and their definitions: 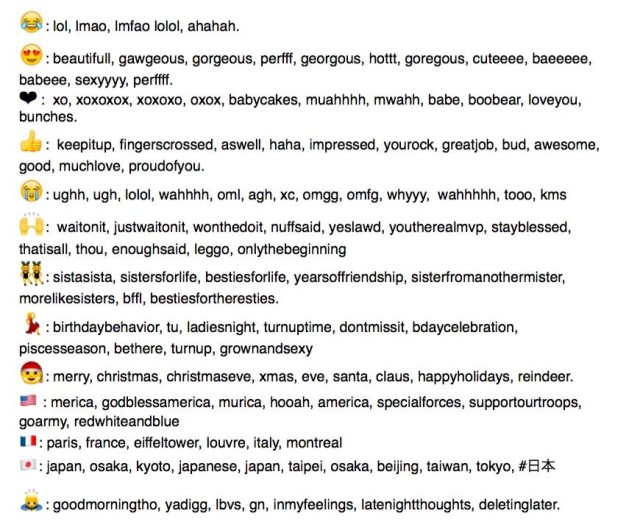