Steve Jobs memorabilia collectors can now grab the holy trifecta of business cards while also doing a bit of good along the way.

Three of Jobs’ business cards from his days at Apple, Pixar and NeXT are up for auction, with proceeds going to The Marin School in California. Bidding started at $600 but it’s already up to $2,405.

Here’s a look at the cards you’ll win if you place the high bid: 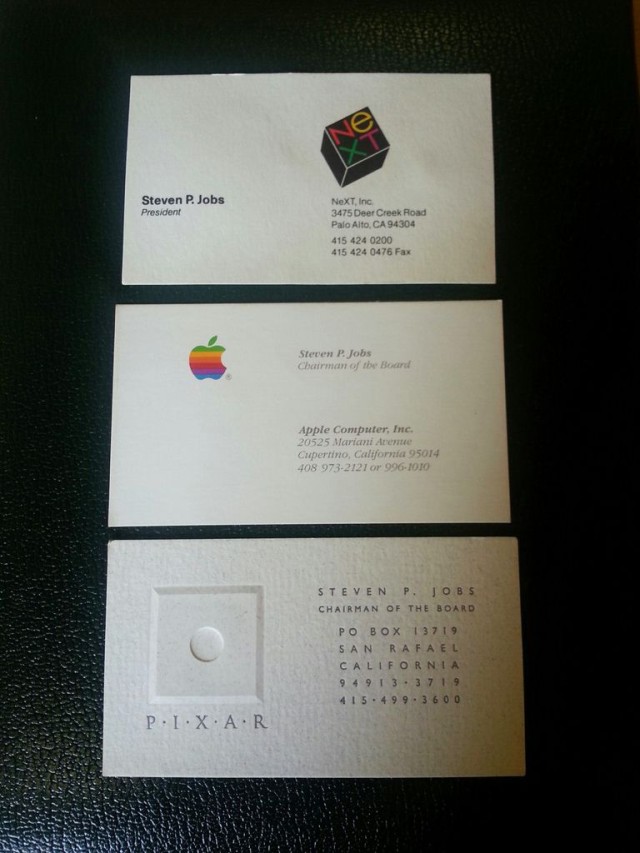 The cards are from a family who attends Marin School that used to do catering for Jobs, according to a report from Business Insider. None of the cards have Jobs’ title as CEO on them. Acquired between 1984 and 1990, the Pixar and Apple cards show Jobs as chairman of the board, while he’s listed as president of NeXT.

Number of comments on this postLeave a comment
Posted in: News Tagged: Apple, Apple memorabilia, NeXT, Pixar, Steve Jobs