Check out the possible details, based on photos from renowned Apple leaker Sonny Dickson, below. 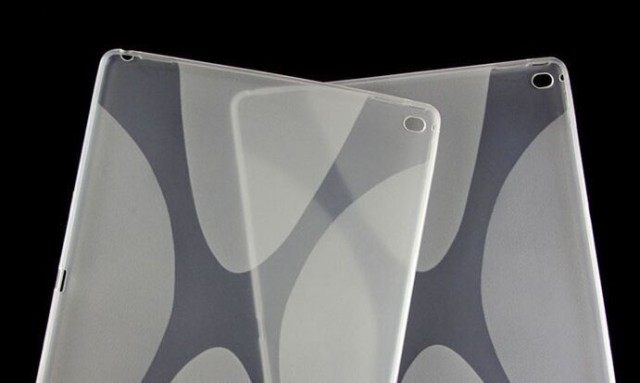 If this case is legit, the iPad Pro will feature a design similar to the iPad Air, with ultra-thin casing and bezels. It is reportedly 7mm thin, which is thinner than the iPhone 6 Plus but thicker than the Air. Components such as the iSight camera and Touch ID button seem to remained in their present locations.

The case also suggests the iPad Pro could sport four speakers and two ports, with one at the bottom and one at the side. It is unknown whether these would be Lightning or USB-C ports.

It’s worth noting that — even if reports of a plus-size iPad turn out to be true — these photos should be taken with a sizable pinch of salt. Much like concept designers, third-party case manufacturers often base their information on rumors and speculation.

That’s because the cost of working up case prototypes is considerably less than the potential gains to be made if a manufacturer can hit the ground running with products available as soon as a new device launches.

However, some case manufacturers have contacts in the supply chain, and previous examples of case leaks have revealed crucial details of upcoming products.

Will any of the details revealed in these images hold water in the long run? We’ll have to wait and see, but for now it’s worth filing under “interesting speculation.”