Apple Watch has been hogging so much of the tech spotlight lately that you could be forgiven for forgetting that Apple is also about to release a revolutionary new computer.

The first reviews of the new MacBook landed on the web to remind us that the first gold MacBook will be available to order tomorrow, too. According to the experts, it’s the most beautiful computer ever created. But should you buy it?

Here’s the good and the bad of the new MacBook.

“When I hear ‘gold laptop,’ I think gaudy, like a computer that has too much in common with Mr. T’s necklaces. But fear not, the MacBook’s finish—contrasted by the mirrored Apple logo on its cover—makes it look more like a bauble from Tiffany’s. In fact, using the word “laptop” to describe the thing feels wrong.” – Joanna Stern, Wall Street Journal

Road warriors will love it 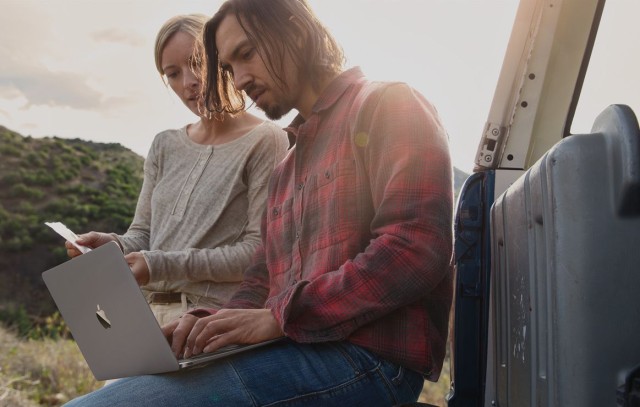 “To be clear, the new MacBook is not designed to be a power laptop or one that demands very high speed processing and high resolution. This is what I call the ultimate road warrior or corridor warrior machine that is light and thin and can be taken with you everywhere… I still will use a more powerful laptop with a larger screen, most likely tied to a very large monitor, when I do complicated charts, presentations, sophisticated DTP and editing projects, etc. However, this new MacBook will now always be in my bag and become the laptop of choice when I am away from the office and on the road.” – Ben Barajin – Techpinions

The Retina display is beautiful

“The screen looks absolutely brilliant. At a resolution of 2304 x 1440, you never really see a pixel. But even with the high-resolution display, the screen is still on the small side. I often found myself sizing browser windows so small that websites would contract to their alternate tablet view. You can adjust the scaling to replicate a standard 1440 x 900 display, but that’s still not giving you much room to move.” Joshua Topolsky, Bloomberg

The keyboard takes getting used to

“The first time I tried the keyboard, I couldn’t get through even a few sample sentences without several typos, because of the shallow keys and their lower level of tactile feedback. But when I tried again a couple of hours later, it was already much easier.” – Dan Ackerman, CNET

The terraced batteries really do last all day

“In my experience, doing what I do, I could easily get seven hours of battery life on a singe charge. Keep in mind, this usually means I’m playing music, have tons of web browsers open, running Mail and typing away in a text editor. Your own usage will vary, but it’s safe to say this is a machine that offers fantastic battery performance — especially for its size.” Christina Warren, Mashable

I’m not convinced most of these pressure-sensitive gestures are actually useful. Even now that I’ve had several weeks to play with Force Touch, on both the Pro and the MacBook, I still can’t always pull off the “Wikipedia preview” thing in Safari on my first try — sometimes I merely highlight the word; sometimes I succeed in pulling up the preview box. In any case, in the time I spend futzing with that, I could easily just Google whatever it is in a separate browser tab — in which case I get not simply a preview, but a full site with all the information I’m looking for.” – Dana Wollman, Engadget

The single port won’t bother you 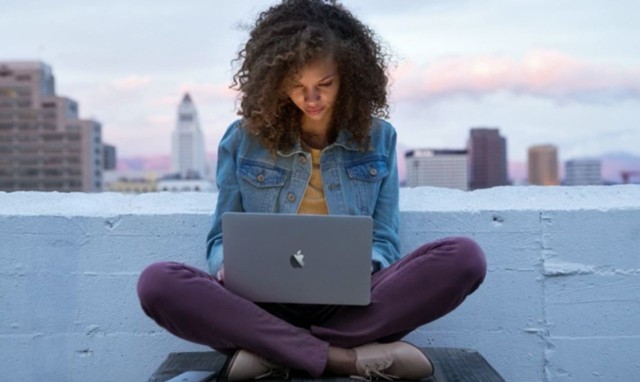 “My surprising conclusion was that I actually hardly noticed having just one port at all. And that’s during standard notebook usage, which for me involves a fair amount of dedicated, continuous computer use while on the road.” – Darrel Etherington, TechCrunch

“At just a hair over two pounds and less than a half-inch thick at its fattest point, it feels more like an iPad in my bag than a laptop. It’s still quite sturdy, too, this aluminum slab of a machine. I catch myself carrying it in weird ways since it’s so light. But even when it’s open, dangling at my side, my thumb and index finger on the palm rest, it never creaks or flexes.” David Pierce, Wired

“It’s great that the MacBook is also extremely lightweight, especially when it’s in a bag or tucked under your arm. But the lightness sometimes makes the notebook hard to steady on your lap. It has a tendency to bounce around as you type, without any noticeable center of gravity. And because the computer is so small, I found it difficult to place on my knees without squeezing them together uncomfortably.” – Joshua Topolsky, Bloomberg

“If you get a MacBook, be prepared for some adapter logistics and probably to buy some new cables. You’ll also need to keep a video adapter with you at all times if you ever attach to a projector or TV anywhere, because nobody’s going to have one that matches your computer for years.” – Jason Snell, Six Colors 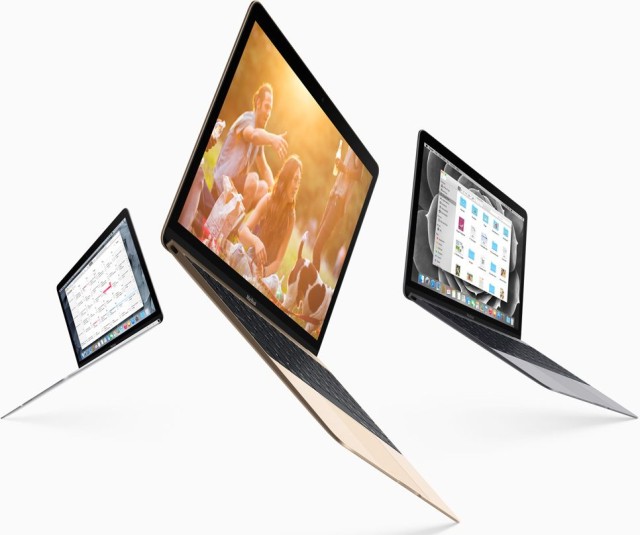 “I don’t know just who Apple’s newest laptop is for. Rich people who fly coach? People with one laptop who want a second, gold one? Maybe. But I do know two things about the new MacBook: This is what the future of laptops looks like, and I want one very badly.” – David Pierce, Wired

It’s powerful enough for most tasks

“The MacBook benchmarks at about the same level as a four-year-old MacBook Air. That sounds dire, but in my experience it doesn’t feel anywhere near that slow — mostly. Basically, if you do anything that’s going to really tax the processor, this laptop probably isn’t going to cut it for you. In that sense it’s actually kind of like a Chromebook. It’s fast enough for 70 percent of what I do, but a little slower than what I’m used to.” -Dieter Bohn, The Verge

..But it’s not for everyone

“The MacBook isn’t for everyone.” – Bloomberg

“The new 12-inch MacBook won’t do everything and isn’t for everyone. – CNET