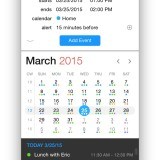 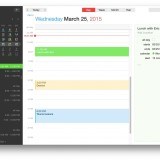 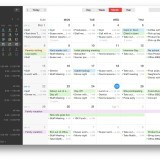 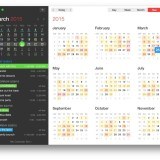 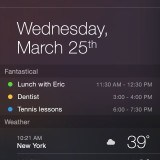 Fantastical has been my go-to calendar app for years. It’s interface and ease of use is second to none, especially Apple’s terrible Calendar app.

But Fantastical hasn’t received much love on the Mac in awhile. While the iOS version has continued to steadily iterate, the app’s design and basic feature set on the desktop has basically stayed the same.

“When Fantastical came out 4 years ago, our goal was to reinvent the calendar app to ease the frustrations of using calendars,” said Michael Simmons of Flexibits. “With Fantastical 2, we challenged ourselves to reinvent Fantastical itself.”

Fantastical 2 still lives in the Mac’s menubar primarily, but now it also has a full calendar window with day, month, and year views. For those who prefer a more standalone app experience, it’s the perfect command center for viewing and managing events.

The natural language parsing engine that Fantastical is famous for has become smarter. It now understands repeating events, such as “HR meeting the third Thursday of every month” or “take the trash out every Friday morning.” Alerts can be added by ending an event’s input with something like “remind me tomorrow at 3PM.”

Events and dated reminders can now be shown together in the main list, and a new feature called calendar sets makes it easy to toggle between different calendar collections with a click. Calendar sets tied to a specific location will intelligently hide or show themselves when the Mac leaves or arrives the area, which is nice if you only want to see work events when you’re actually at work, for example.

For Yosemite, Fantastical has a new Today Widget, Action and Share Extensions for integrating with other apps, and Handoff support for seamlessly moving between the iOS and OS X version.

I’ve been beta testing the new app on my MacBook for the past couple of weeks, and it’s rock solid. The fresh design is great, and I’m still impressed with how the app manages to bake in so many features without feeling confusing.

It’s easy to keep rattling off about what makes Fantastical 2 for Mac er… fantastic. But it’s really something you should just check out yourself. The app is available for a “limited-time launch sale price” of $39.99 in the Mac App Store. Since Fantastic 2 is an entirely new app, there’s no upgrade pricing for existing customers. You can head on over to the Flexibits website for a free trial.