You just knew that when Apple announced its new “Shot on iPhone” ad campaign — crowdsourced from the millions of photos shot by regular iPhone owners each year, and displayed on billboards and bus stops around the world — it wouldn’t take long for someone to parody it.

Well, that day has come, thanks to a Tumblr parody page called “Also Shot on an iPhone” which shows an array of oddball bathroom selfies and other images blown up to poster size and displayed around San Francisco by a pair of local guerrilla street artists.

The results are suitably hilarious.

“The iPhone 6 ads are all over San Francisco and we walk by them everyday,” one of the artists told TheBoldItalic website. “All the photos Apple selected for the campaign are beautiful. Our thought was that people don’t always take pretty pictures on their phones, so we thought it would be funny to show the other, non-beautiful, photos people take. We both work as creatives in advertising and love to make fun of our industry whenever we can. We put them up this past Sunday, mostly around the Mission, Castro, and Downtown area where all the iPhone 6 ads are.”

This is far from the first time Apple has been targeted by so-called “cultural jammers” or “billboard liberators.” Back in 1999, Ron English created a parody billboard mocking Apple’s then-current “Think Different” campaign — only featuring Charlie Manson instead of Apple’s more acceptable band of misfits and rebels. As the company has risen from the ashes since then to become the world’s most valuable tech company these parodies have only increased in number.

Check out below for some more of the “Also Shot on an iPhone” images. 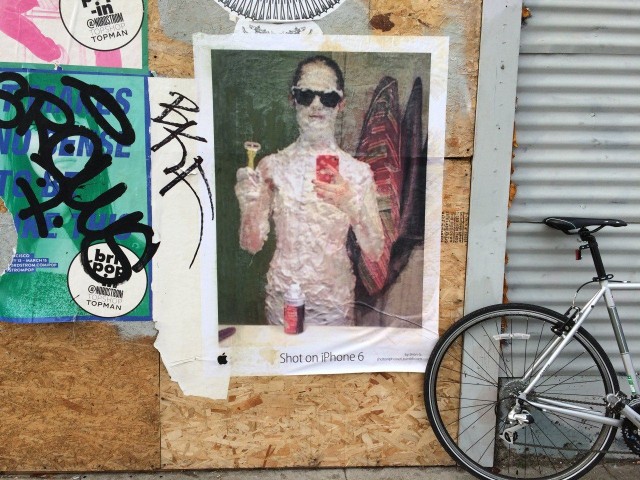 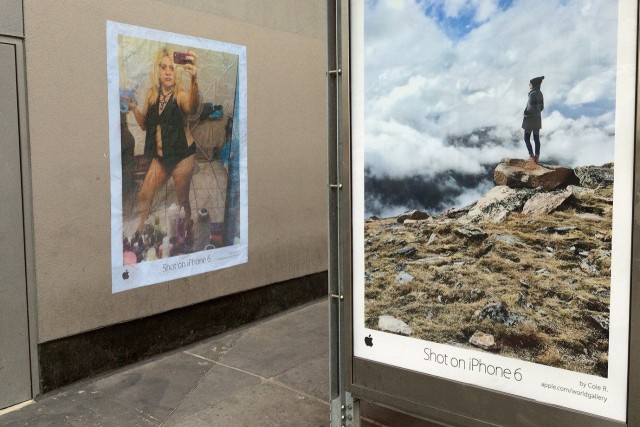 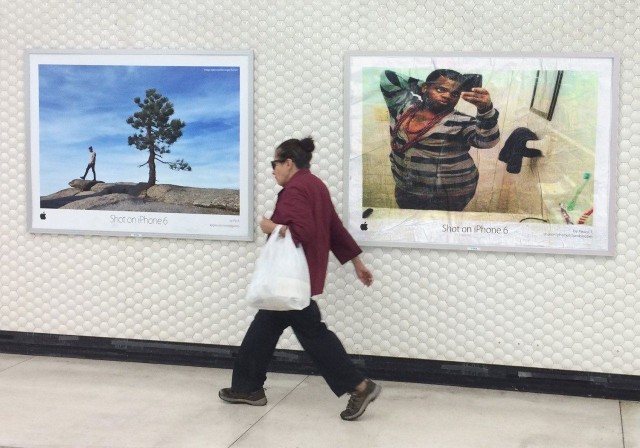