The shining bit of trade dress has been a pop culture icon ever since Apple released the PowerBook G3 in May 1999. However, it looks like Jony Ive’s design team is ready to sacrifice the glowing Apple beacon in the name of thinness. You’ll still find a light-up logo on the MacBook Airs and MacBook Pros, but it was never meant to be on Apple’s new golden beauties.

Take a look at the back of the new 12-inch Retina MacBook: 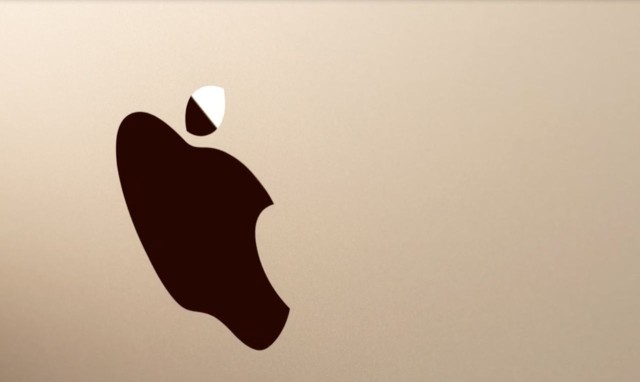 Sporting a logic board that’s 67 percent smaller than the previous MacBook Air, the new MacBook is pretty much half-tablet. Its Intel Core M processor is super-efficient, but a bit of a weakling.

In other Apple symbol news, the company has expanded its use of swapping the word Apple for “” in ads.

Price sheets for the new MacBook feature an  symbol before the word “MacBook,” similar to TV and Watch. It’s a curious change, as the new notebooks aren’t called “Apple MacBook.”

Could more branding changes be on the way in 2015? Music doesn’t sound too bad.