Thanks to the wonder of drones, we’ve had a few airborne glimpses of Apple’s forthcoming Apple 2 campus in Cupertino. Until now, however, ground-level pictures have been in decidedly short supply.

That changed yesterday, when Apple gave reporters from San Francisco news outlet KQED an up-close-and-personal glimpse at its flying saucer-shaped headquarters, which will eventually house up to 15,000 employees.

Along with photos showing the development, the reporters also heard a few environmentally friendly factoids about the campus — such as the fact that it will use recycled water to flush toilets, solar arrays to meet the majority of energy needs, and that the older buildings Apple inherited when it bought the land were broken down and recycled for new building materials.

You can check out the images after the jump: 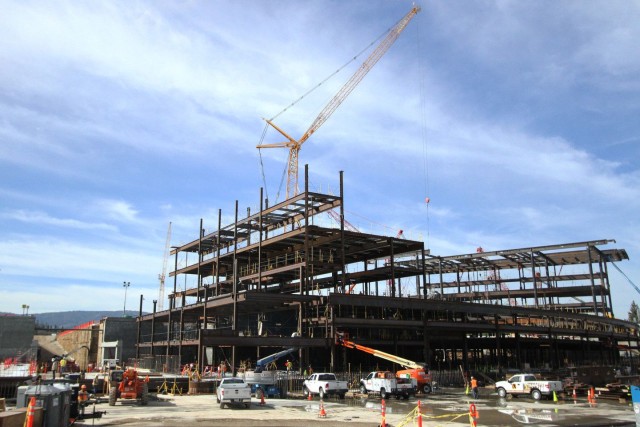 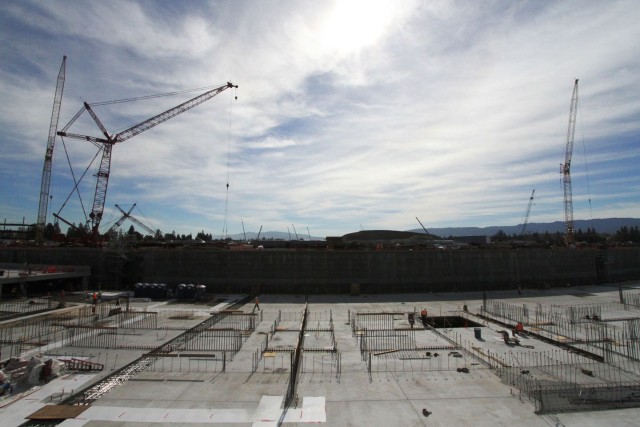 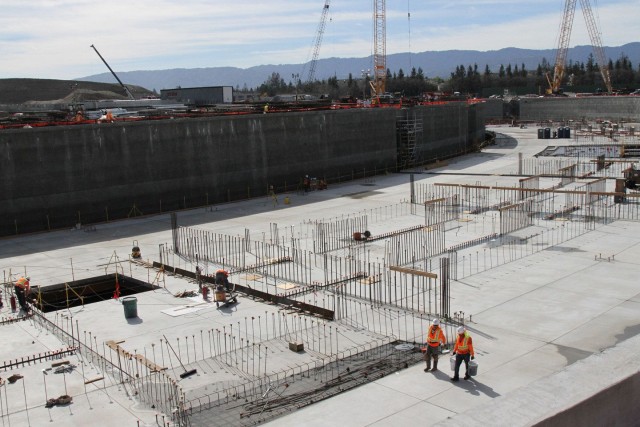 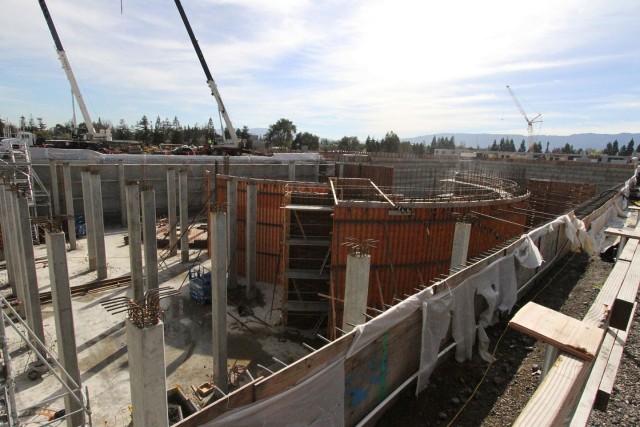 News of the green credentials of Apple’s new headquarters (a mission Tim Cook has spearheaded during his time at the company) follow a speech Cook gave at this week’s Goldman Sachs tech talk. Cook revealed that Apple is in the process of building a giant new solar farm in California that will power the new campus, in addition to Apple retail stores and data centers.

The swanky new Apple campus is set to be completed by late 2016, with earthwork reportedly set to continue until the middle of this year. Alongside the thousands of Apple employees who will call the campus home, the site will boast a $75 million gym and a 1,000-seat underground theater where Apple will presumably hold the majority of its media events from late 2016 onward.

You can check out KQED’s full report — including a radio segment — at the link below.