A few months ago we reviewed Osprey’s Flap Jack Courier laptop bag, and it scored a pristine five-turtleneck rating.

Well, turns out they actually come in two flavors, and we decided to put the Courier’s big brother — the Flap Jack Pack — through the Cult’s rigorous, uncompromising bag-testing procedures. The result was a demonstration of how applying the exact same design elements to a slightly different application can change things.

I won’t rehash in detail the Flap Jack’s features; suffice to say that absolutely all the goodies described in the Courier’s review — the zippered side pocket, zippered stash pocket, organizer pocket, main compartment with gasket, and customizable webbing — is here, down to the cool, novel pattern on the super-lightweight pack fabric. 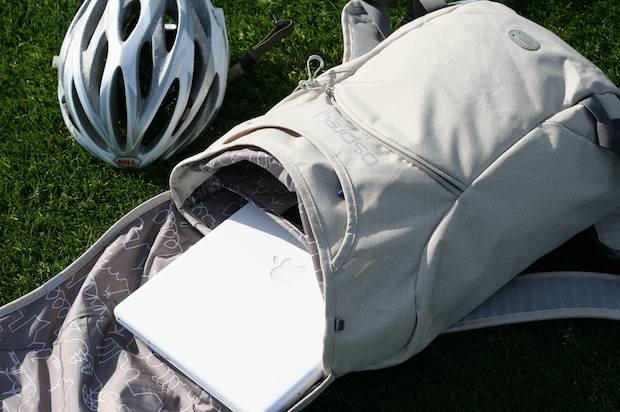 And that’s really why the Pack slips one turtleneck from it’s little brother’s five — because all the things that made for a slice of bag heaven on the Courier just don’t quite hit the sweet-spot on a backpack: the side pocket’s accessibility while wearing the bag is gone; backpacks don’t have the same lack of closure integrity as backpacks, so the gasket doesn’t make quite as much sense; the stash and organizer pockets are both too deep on the backpack’s elongated body; and because the Pack holds more, the Flap Jack-series’ spartan construction and trick lightweight material that worked so well on the minimalist 20-liter Courier tend to seem just a little overworked when the 25-liter Pack is fully loaded. 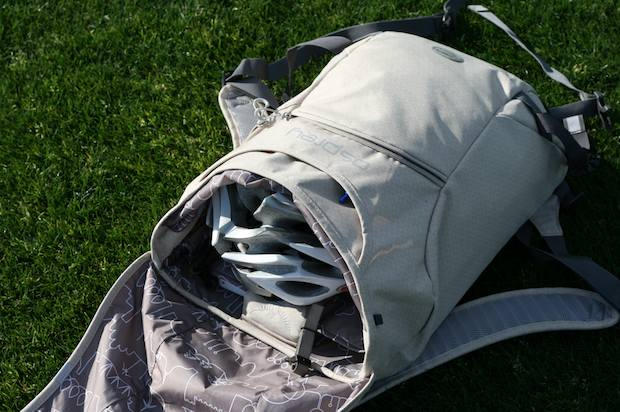 Then again, the Pack impressively makes short work of light-to-medium weight oversize loads (like bike helmets) and carries the same good-looking genetics as its little brother; and as long as it’s loaded judiciously (i.e., it’s not the bag for textbooks or bricks) it feels almost as good to wear as the Courier.

It isn’t as stunningly perfect as its courier sibling, but this laptop backpack will gulp down bulky items for a not-bulky price — and look hot doing it.
[xrr rating=4/5]