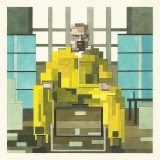 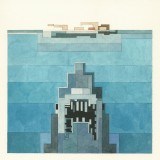 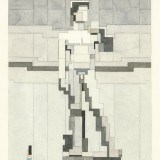 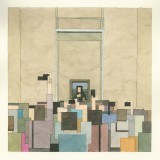 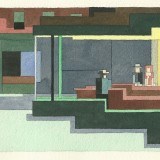 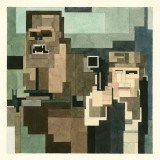 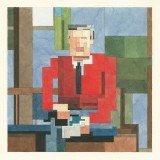 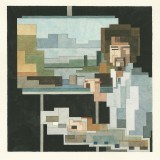 Remember being lost in the 8-bit world of Atari and Nintendo? When Adam Lister was a boy, he couldn’t spend enough time in his basement playing Pong, Space Invaders or Donkey Kong.

Games and graphics, of course, evolved, and the chiptune music of those game consoles went silent long ago. But the graphic language where characters are a rough collection of cubes and rectangles still speaks to Lister.

It is the lens through which he views art history and pop culture in a series of more than 250 watercolor paintings he created over a three-year period.

From the Mona Lisa to the movie poster for Jaws, Lister, 36, re-imagines iconic art with a clean but crude, geometric reverence for the video game landscape of his youth.

“It’s ingrained in me,” said Lister, who makes his living as a painter in Beacon, New York. “It was this other world and it is kind of a cool way to reinterpret what we see in the real world. I guess in a way, I am simplifying what is an overcomplicated world.”

Lister has received a lot of press for the work, which has also been featured in a number of gallery and museum exhibitions. Some of his paintings will be part of a group exhibition called 12×12 Squared at White Walls gallery in San Francisco that opens Saturday and runs through Jan. 5.

He received a BFA from the School of Visual Arts in 2003 and early on preferred to work as an abstract painter. Lister felt frustrated whenever his work seemed to fly over the head of the beholder.

“There was a whole group of people who didn’t connect with what I was doing,” he said.

He was sitting in his studio three years ago and felt a sudden urge to create something a little more recognizable.

His first painting was the Mona Lisa, her recognizable shape and faint smile a series of cubes and rectangles. After that, Vermeer’s Girl With a Pearl Earring.

My wife made me look at Lister’s take on American Gothic from across our living room. Squinting my eyes, the geometric configuration melted and soon the farm couple’s stoic expressions emerged.

Lister has given us his view of pop culture figures like R2-D2, Karl Lagerfeld, Mister Rogers and PBS happy painter Bob Ross. He has revisited the Mona Lisa three times.

Many of the early originals have sold and he is doing more and more commissions. Many are family portraits reassembled in vintage tech geometry.

“People find the humor in it and have fun with the time it takes to recognize something,” Lister said. “This speaks to people. Maybe they don’t have an interest in art history but they can still connect to these paintings.

“I feel there is an endless source of material for me to use. It’s an ongoing story I can translate.”