If Apple’s 18-karat gold ‘Apple Watch Edition’ doesn’t look fancy enough for you, have no fear. Swiss watch designers and jewelers are already planning to bling out Apple’s unreleased timepiece with precious metals and fancy gems. And of course, the modifications will be ridiculously expensive. 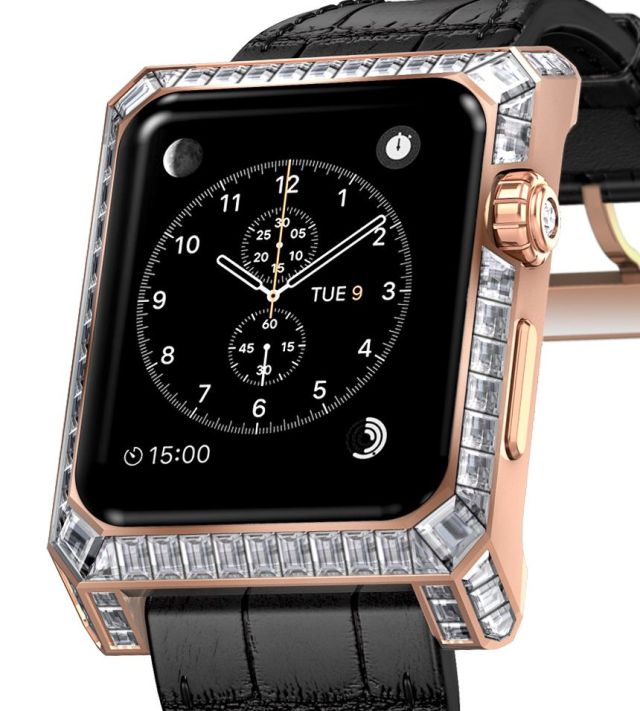 Stuff like this is rather easy to make fun of, but you know it is going to happen. Yvan Arpa is just being entrepreneurial about an expectant surge in smartwatch popularity, and what could possibly be Apple Watch dominance of the segment for at least a good while. Further, he is sending a message to his high-end clients that, “don’t worry, we can still do business together, even if you’ll want to wear an Apple Watch.” If customers used to wearing lavish mechanical watches worry about losing their “exclusive edge” by choosing a mass produced Apple Watch, then perhaps there is a market for after-market Apple Watch customization.

As the recent Apple Watch event at Colette in Paris shows, the fashion world is really interested in what Apple is working on. In the same way that companies like Feld & Volk sell gold-plated, diamoned-encrusted iPhones for a high premium, fashion designers could sell their own mods of the Apple Watch.

Any kind of aftermarket market will all depend on how easy Apple makes it to swap parts. Some have theorized that the Apple Watch’s system-on-a-chip will be upgradable each year as specs improve. That way, buyers can hang on to the more valuable metal/gold casings and bands.

Apple hasn’t said anything to confirm or deny, of course.