There are few feelings better in the world than sitting down in front of your latest shiny gadget to watch a great sci-fi movie. With the iPhone 6 launching tomorrow, your choice of shiny gadget has likely already been made. That leaves just one conundrum then: what to watch on it.

Scroll through our gallery for Cult of Mac’s picks of the 6 best modern sci-fi movies to test your new super-sized iPhone in style.

From recognizing music that’s playing nearby using Shazam to leaping into action just by saying “Hey Siri,” Apple’s virtual assistant has upped the ante for iOS 8 and iPhone 6. What better movie to celebrate, then, than last year’s tremendous sci-fi rom-com Her?

Written, directed and produced by the prodigiously talented Spike Jonze (Eternal Sunshine of the Spotless Mind), Her tells the story of a lonely Los Angeles resident, played by Joaquin Phoenix, who develops a relationship with his Siri-style A.I., voiced by none other than Scarlett Johansson.

It’s an immensely touching, and oddly human, film about relationships — and its smart, soulful look at the meeting point between tech and humanity is straight out of Apple’s playbook.

The iPhone 6’s higher resolution display allows 720p high-definition video, which Apple has labelled “Retina HD Display.” So what’s the best movie to pick then to show off its impressive 4.7- or 5.5-inch display to yourself, or else make non-iPhone owning friends green with envy?

As good an answer as any is Edge of Tomorrow, the 2014 Tom Cruise-starring blockbuster given the slightly lame home video re-title Live Die Repeat. It’s a Groundhog Day-inspired sci-fi romp about an average Joe who gets wrapped up in a war with aliens. It’s all great fun, and well worth checking out if you missed it in theaters. Which most people seem to have.

Okay, so HealthKit’s last-minute problems mean that it was unceremoniously pulled from iOS 8’s launch lineup, but with the “quantified self” ethos at the heart of tech’s current obsession with mobile health and lifestyle tracking, who can blame me for going back and revisiting 1997’s Gattaca?

Sure, a bio-punk story about genetic modification and the perils of a perfect society is a far cry from an iPhone that helps you workout in the gym, but this is still a tremendous sci-fi movie that is more relevant than ever as time goes on. Its dystopian future’s not a world away from the one depicted in Apple’s famous "1984” Macintosh ad, either.

Gravity picked up a ton of awards at this year’s Oscars — including (but not limited to) Best Original Score, Best Sound Editing and Best Sound Mixing. Those three prizes more than qualify this movie for being a great one to try out your new iPhone 6’s speaker quality on. The fact that it is a constantly tense, fantastically performed, and always beautiful movie unlike any other is just icing on an already deliciously weightless cake.

With its gorgeously rounded form factor, the iPhone 6 is a big, beautiful beast. Which is a bit like the mecha in Guillermo del Toro’s epic 2013 movie Pacific Rim in fact. (Fine, I’m stretching the simile a bit — but don’t let that put you off a fantastic film.) Set just a few years in the future, Pacific Rim tells the story of an Earth at war with giant monsters from a portal on the bottom of the Pacific Ocean. To fight them, mankind unites to build giant fighting robots.

The rest, as they say, is history. Or rather future.

I tried to come up with a way of tying Looper into the iPhone 6, but aside from a strained metaphor about planned obsolescence, I really couldn’t. But if you’re after a sci-fi film to leave you feeling as awestruck as Apple’s September 9 unveiling of the iPhone 6 (there we go!) this is absolutely it.

Directed by the talented Rian Johnson and starring Bruce Willis, Joseph Gordon-Levitt and Emily Blunt, Looper tells the story of how time travel is used by future criminals who send people back in time to be killed by so-called “loopers.”

It’s way more fun than that garbled description makes it sound, and will go down in history as a sci-fi cult classic. Until it’s killed by its future self, that is. 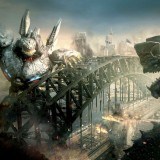 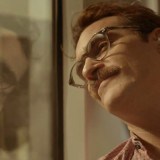 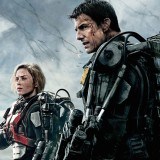 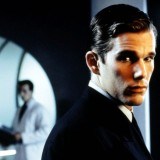 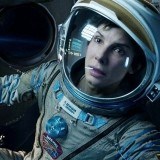 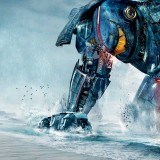 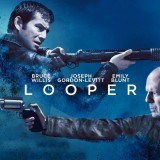