Pre-orders for the iPhone 6 and 6 Plus shattered Apple’s previous records and the 4 million customers ready to caress every square inch of the big and bigger screens will be happy to know that the first planes from China have already touched down in the U.S. with iPhone 6 cargo.

A China Southern Airlines Boeing 777 was spotted by China Daily as 93 tons of Apple iPhone 6s were being loaded onto the plane in Central China’s Henan province before it headed for Chicago, Illinois, and other American pilots have even posted pictures of their iPhone 6 payloads from inside the fuselage.

A pilot for one airliner in Apple’s supply posted pictures on MacRumors from inside his plane which just flew 195,000 iPhone 6 & 6+ from China to US. 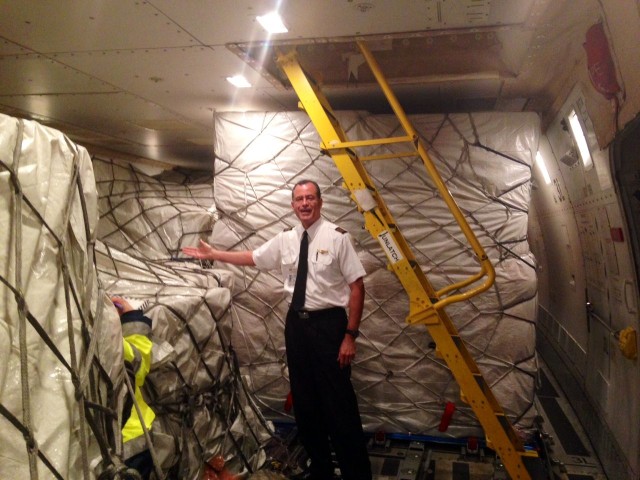 Yep, that’s what I do. I fly stuff. Privileged to be a small part of the Apple supply chain. Just landed a 747 full of iPhone 6’s in Anchorage. Another crew will take the airplane on to Chicago. It’ll be on the ground at O’hare about 9am Sept. 15. I gave it a little extra gas coming over the Pacific, just to get them here a little quicker. You’re welcome.

The iPhone 6 and 6 Plus hit Apple Store shelves on Septmeber 19th, with the first wave of pre-orders also expected to be delivered on that date. Current shipping times on pre-orders have already slipped to 3-4 weeks on some iPhone 6 Plus models and iPhone 6 units are now shipping in 7-10 days.