Apple finally showed the world today what the media has been calling an “iWatch” for months. Apple Watch is the first new product category to come out of the company since the original iPad. It marks a “new era” for Apple, according to Tim Cook, and introducing it was even worthy of the “One more thing” tease made famous by Steve Jobs.

There’s a lot to digest about Apple’s first wearable, so we’ve made it easy for you. Here are the 10 most important things you need to know about the Apple Watch:

Designed to be super-personal 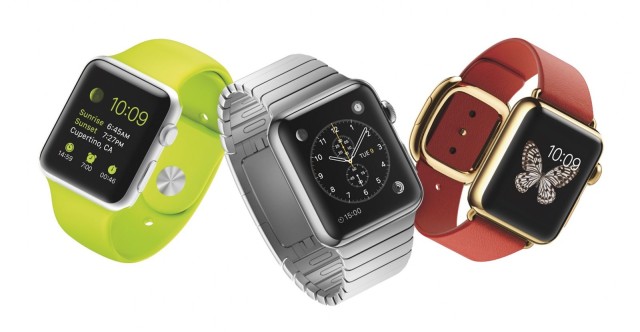 Instead of a one-size-fits-all approach, the Apple Watch comes in a variety of colors and options. There are three collections: Apple Watch, Apple Watch Sport and Apple Watch Edition. Every model is available in a 38 mm or larger 42 mm display size. Apple has also designed a lot of custom watch faces, ala the old iPod nano days.

Apple Watch Sport is for those who want to primarily use the wearable as a fitness device. It’s a more lightweight aluminum design with a reinforced Ion-X glass display, although Apple hasn’t gone into detail about just how durable it will be. With the two device colors and band options, there are 10 possible configurations in the Sport collection.

The Apple Watch Edition is more suited for a night out on the town. It comes with a sapphire display like the regular Apple Watch, but the exterior is made of 18-karat yellow or rose gold. When Jony Ive said that Switzerland was fu*ked, this watch is what he was talking about.

Instead of gestures like pinch-to-zoom, the navigational linchpin of the Apple Watch is the Digital Crown, a traditional-looking dial on the side of the device. The Digital Crown is used to scroll, zoom and move between apps.

The screen is also touch-responsive, but it’s mainly used for simple swipe gestures to navigate through information. Most of the interacting you’ll do will be using Siri and the Digital Crown.

You’ll be able to track your movement, heart rate, calories burned and more. The device’s accelerometer, gyroscope and GPS knows your location, and Bluetooth 4.0 keeps the Apple Watch synced up with your iPhone.

The device’s “Taptic Engine” provides haptic feedback for notifications and stuff like turn-by-turn directions. It can be as detailed as buzzing the appropriate side of your wrist when it’s time to take a left or right turn.

Focus on health and fitness

A big part of the Apple Watch is health and fitness. It has two apps dedicated to keeping you active: “Activity” for tracking your daily health/activity and “Workout,” a personal trainer of sorts for exercising. Apple hasn’t shown these apps in-depth yet, but the company has brought on former Nike execs to make sure everything is top-notch.

Rings on the devices will fill up as you reach your goals for calories burned, time on your feet, etc. When you get ready to work out, you’ll be able to set goals for how far you want to go and how many calories you want to burn. Everything you do health-related on the Apple Watch is synced back to the Health app on iOS. From there, it can be accessed by third-party fitness apps and healthcare providers.

Will work with third-party apps

WatchKit is a new API developers will be able to use to make apps for Apple Watch. Apple demoed apps like Twitter and Facebook with actionable notifications, but that’s just the tip of the iceberg.

Airlines will have apps that get you through the entire airport process with just your wrist, and you’ll be able to unlock your door at certain fancy hotels with Apple Watch. Pinterest, Major League Baseball, BMW and others are working on apps right now, and other devs will have plenty of time to get their apps ready for when Apple Watch ships in early 2015.

Only works with iPhone 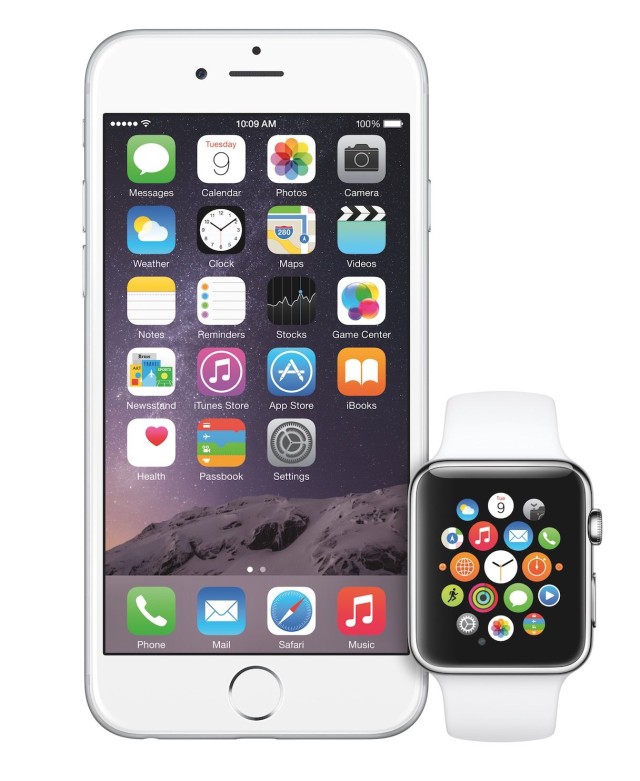 Apple Watch will work with the iPhone 6, iPhone 6 Plus, 5s, 5c and iPhone 5 over Bluetooth. The device is designed to work closely with the rest of the Apple ecosystem. It can act as a remote for the Apple TV and a remote camera for the iPhone. Thanks to iOS 8’s Continuity feature, you’ll be able to start something like an email on your iPhone and pick it up on your Apple Watch.

No word yet on battery life

One of the biggest disappointments of today is that Apple failed to provide any information about battery life. A magnetic inductive charger attaches to the rear of the watch face, but who knows how often you’ll have to use it.

Another thing we don’t know is exact storage or upgrade pricing. Apple said that the cheapest watch will cost $349, so the gold edition will probably be a couple hundred dollars more at least.

You won’t be able to get your hands on an Apple Watch until early 2015.

Every other wearable better watch out

Whether it’s everything you hoped for or not, the Apple Watch can do more than any other wearable on the market right now. It also looks better than its competition, which is crucial for winning over normal consumers who want something to look good on their wrists.

Tim Cook wore a Nike FuelBand for years in public, but today he switched it out for an Apple Watch. The future is here.

Number of comments on this postLeave a comment
Posted in: News, Top stories Tagged: Apple Watch