Super Battle Tactics is a free-to-play iOS game published by DeNA that has you using virtual tanks to face off against other players or AI opponents; you’ll choose which upgrades and tactics you’ll use your available action points on to outwit and destroy the enemy tanks.

Sometimes, though, you just want a little help in climbing the leaderboards, ranking up as fast as you can. To that end, we went straight to the publisher for these exclusive tips and tricks to help you take your game to the next level. Check them out below, and feel free to add in your own. 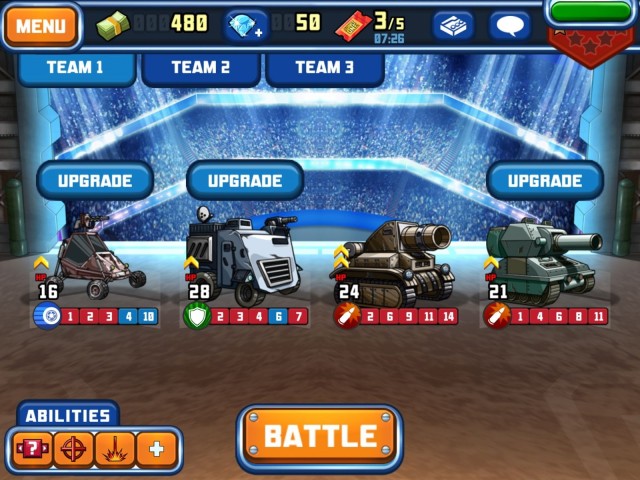 Use Multiple Tank Teams
Assembling multiple teams can benefit you in several ways. You can have one team that is First Strike focused, a second that is for full on assault and a third that is more balanced. Alternating between these teams can help you develop new strategies and make you a more well rounded player. Plus, if one of your teams is taken out, you will be able to keep on playing with your second team while the other tanks rest up.

PRO TIP: Know your Abilities and when they are unlocked. It hard to know what units the player your facing is going to bring into game but taking note of their Tier level will help with your battle plan. Knowing what abilities your opponent has access too can really play into your plan of attack. If you know that the team you are up against hasn’t unlocked Jammer II (Ruby 2) then your Targeting II is going to be a safer bet to go with.

Vary Your Team Composition
Make sure your tanks’ buffs compliment the rest of your squad. If you’re rolling with a Spearhead sporting First Strike buff, make sure you have some First Strike speed tanks on your team.

Harvest Parts
When enemy units are killed in Battle, they drop parts. The more you battle, the more parts you’ll get. Players can also hunt for specific parts by searching enemies on the opponents list.

Speed Things Up With Paid Contracts
Paid contracts are the way to go if you want to beef up your team faster. They offer chances at rarer parts and even hard to get tanks.

PRO TIP: Some units get new special attacks as they level up, so keep an eye out 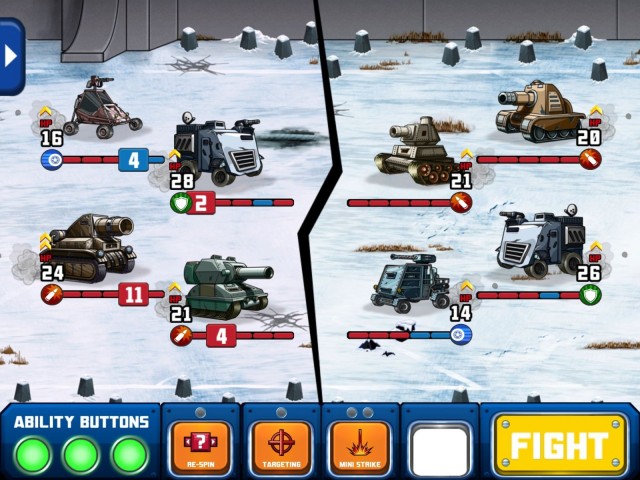 Use Your Defense
Sometimes the best offense is a good defense. Don’t forget the defensive abilities. If you are suffering from a FIRE effect use armor abilities to soak up all of that damage before your tanks are harmed.

Be Careful Who You Target
Remember when using your Target abilities that Targeting II can only be countered by Jammer II. Try using Targeting II to attack a primary target and Targeting I for a secondary target in the same round.

Trash talk and Cake Walk
On a win streak? Cake Walk gives you extra cash for a win and does massive damage to your opponent’s ego. And, don’t forget to use the blue tab in the top left corner of battle lets you send emotes.