Silicon Valley street art protests Obama fundraiser with iSnoop ads
Cult of Mac Mobile menu toggle
Mobile menu toggle
FULLSCREEN
The NSA controversy is spotlighted in the iSnoop series, with a silhouetted Obama figure holding a NSA listening device rather than an iPod.
Yellow iSnoop ad somewhere in Silicon Valley.
The anti-Obama campaign also featured some non-Apple ripoffs too.
A mock invitation to "A Feast in Time of Plague" - Obama's $32,000 per plate fundraiser - that was delivered to neighbors in Los Altos Hills of the fundraiser's host, restaurateur and real estate broker George Marcus.
SiliConMan depicts the president in a fedora, smoking a cigarette, with the text, "Leading from behind, fundraising in your face." 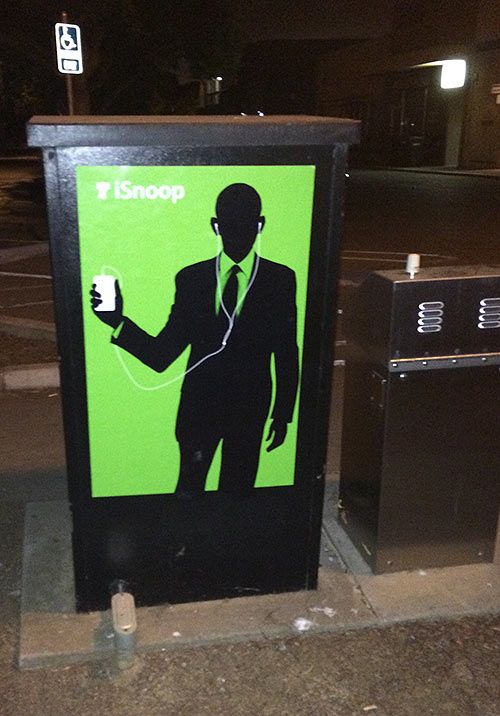 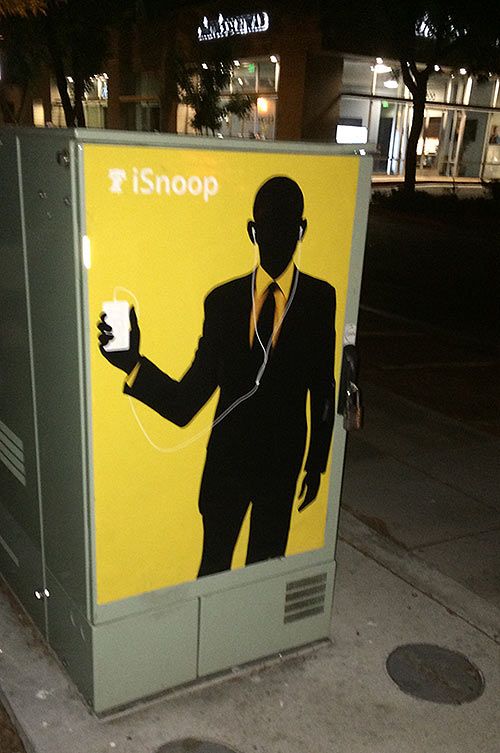 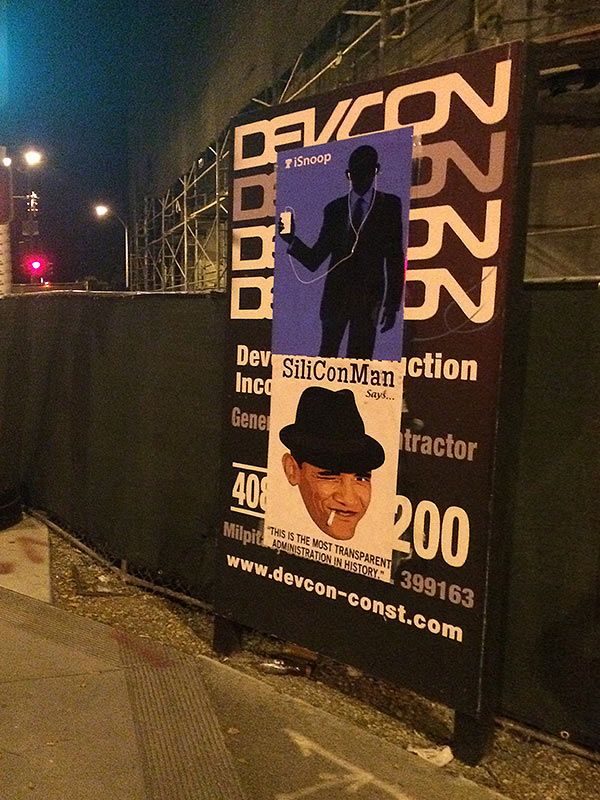 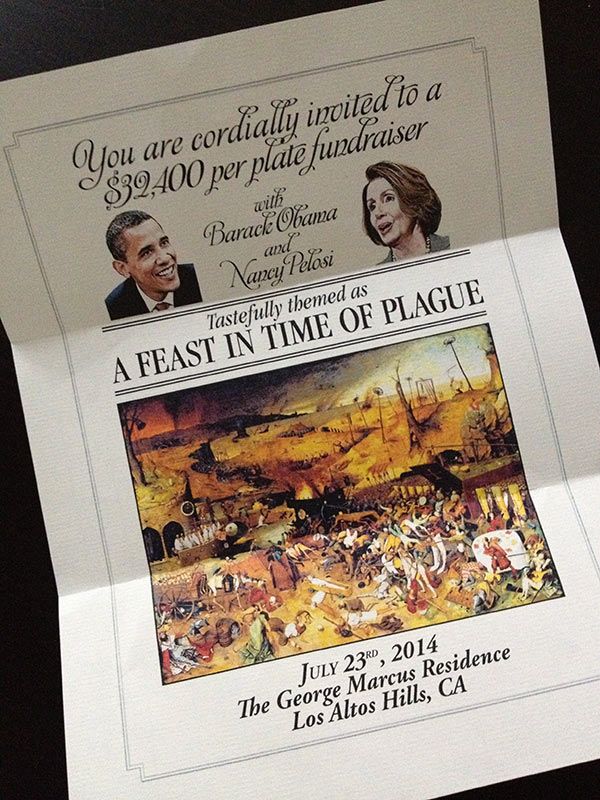 Apple’s legendary iPod ads have been nothing less than iconic, but a California street artists has turned the famous marketing campaign into an anti-Obama parody ahead of the President’s visit to area.

President Obama just wrapped up a quick fundraising tour around Los Angeles and San Francisco last week with a $32,000 a plate fundraiser at Scandal creator Shonda Rhimes’s house, and another with Nancy Pelosi, but the commander-in-chief was greeted by some scathing street art that highlighted some of his administration’s biggest scandals.

Here are some of the iAds found on the streets of Silicon Valley:

It’s unclear who the artist is behind the iSnoop ads as most of the images were anonymously posted by Imgur user watisee. Similar anti-Obama street art also greeted the president in Los Angeles with a some scandalous ads that are similar in style to the right-wing street artist Sabo.

If anyone in the Bay Area spots more ads in Silicon Valley or near Apple HQ, let us know in the comments.