In what is quite possibly the strongest indication to date that Apple has been working on a smart watch for some time, on Tuesday the U.S. Patent and Trademark Office published an Apple patent related to a “Wrist-worn electronic device” referred to as iTime.

The patent was first filed back in 2011, and describes a device reminiscent of the Pebble smart watch — which would act as a notifications system for other Apple devices such as your iPhone and iPad, with information communicated wirelessly between these devices by way of Bluetooth. Alerts such as phone calls, text messages, and push notifications could be sent to your watch, with the user then made aware of these by way of audio, visual, or vibration cues. 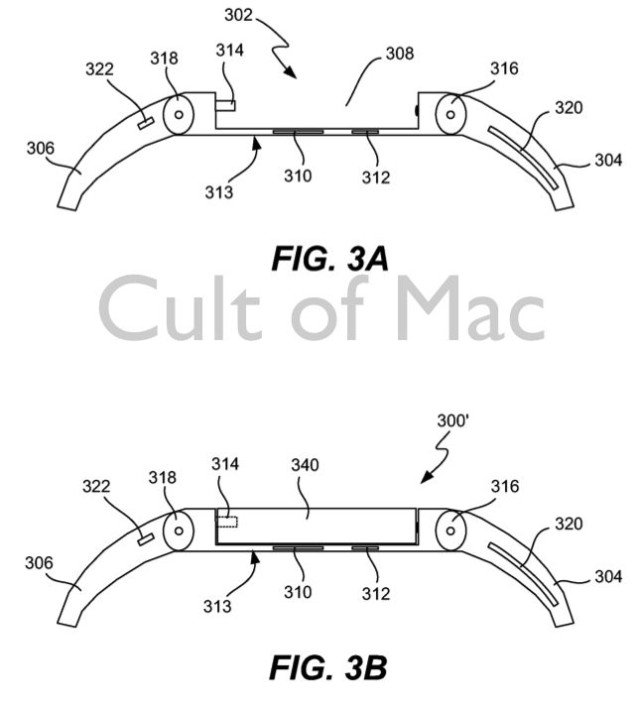 The user could then have the option of picking up their iPhone or iPad to answer these alerts, or access them directly through the watch itself — either using the device’s screen, or an in-built audio output like speakers. As with the Pebble, the watch would also let users control aspects of their other devices using the watch, whether this meant controlling iTunes, for instance, or setting up an alert to warn users when their iPhone has been left behind and is out of range.

While the patent appears to have originally been considered as a way to optimize the functionality of Apple’s sixth-generation iPod nano (remember all of those makeshift iWatches?), the patent also describes how it could work alone, without requiring any additional devices to function — with components including display, sensors, circuitry and I/O controls all built into one device housing.

We’ve heard a lot about the iWatch as of late, and this patent is another piece in the puzzle. Other recent  smart watch-related Apple patents have included a smart pedometer, and a fitness-related smart watch patent able to detect if a user is lifting a weightlifting bar, and count and display the recorded repetitions.

Originally we had thought the iWatch was set to arrive in October, but a recent report from analyst Ming-Chi Kuo of KGI Securities now suggests that production on the device won’t begin until November.

Either way, it’s going to be amazing to find out what Apple has up its sleeve when it finally announces something.