The Chinese are so good at cloning Apple’s upcoming products that they regularly release fully functional doppelgangers of the next iPhone before Apple has even officially announced it. But these are ‘clones’ in only the vaguest sense, because they always have one major problem: they run Android, not iOS.

But that’s not true with this iPhone 6 clone. Although it looks exactly like an iPhone 6, it appears to be running iOS 7, not Android. 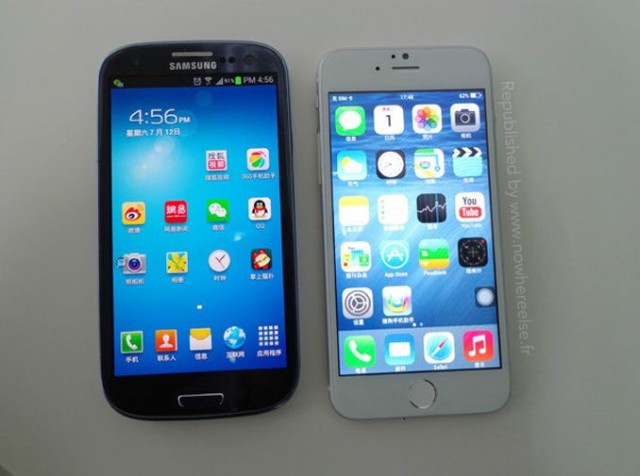 Spotted by the eagle eyes over at Nowherelse.fr, the iPhone 6 appears to have been built using one of those dummy casings that have been hitting the market for the last few months.

It’s worth noting that the clone is not flawless. For one thing, the Touch ID home button doesn’t appear to work, given the fact that in screenshots, Apple’s Assistive Touch on-screen button is turned on. The rear camera is also missing.

It’s not exactly clear who made this iPhone 6 mock-up, or how they installed iOS 7 on it. In fact, there’s a good chance that these images are either Photoshops, or they show a hacked together device that is running Android with an iOS 7 skin on top.

However, if these images are what they purport to be, these could be our first real look at the iPhone 6 running iOS. And if they’re not? Hey, at least this isn’t another GooPhone.

What do you think? Check out more images at the site below.