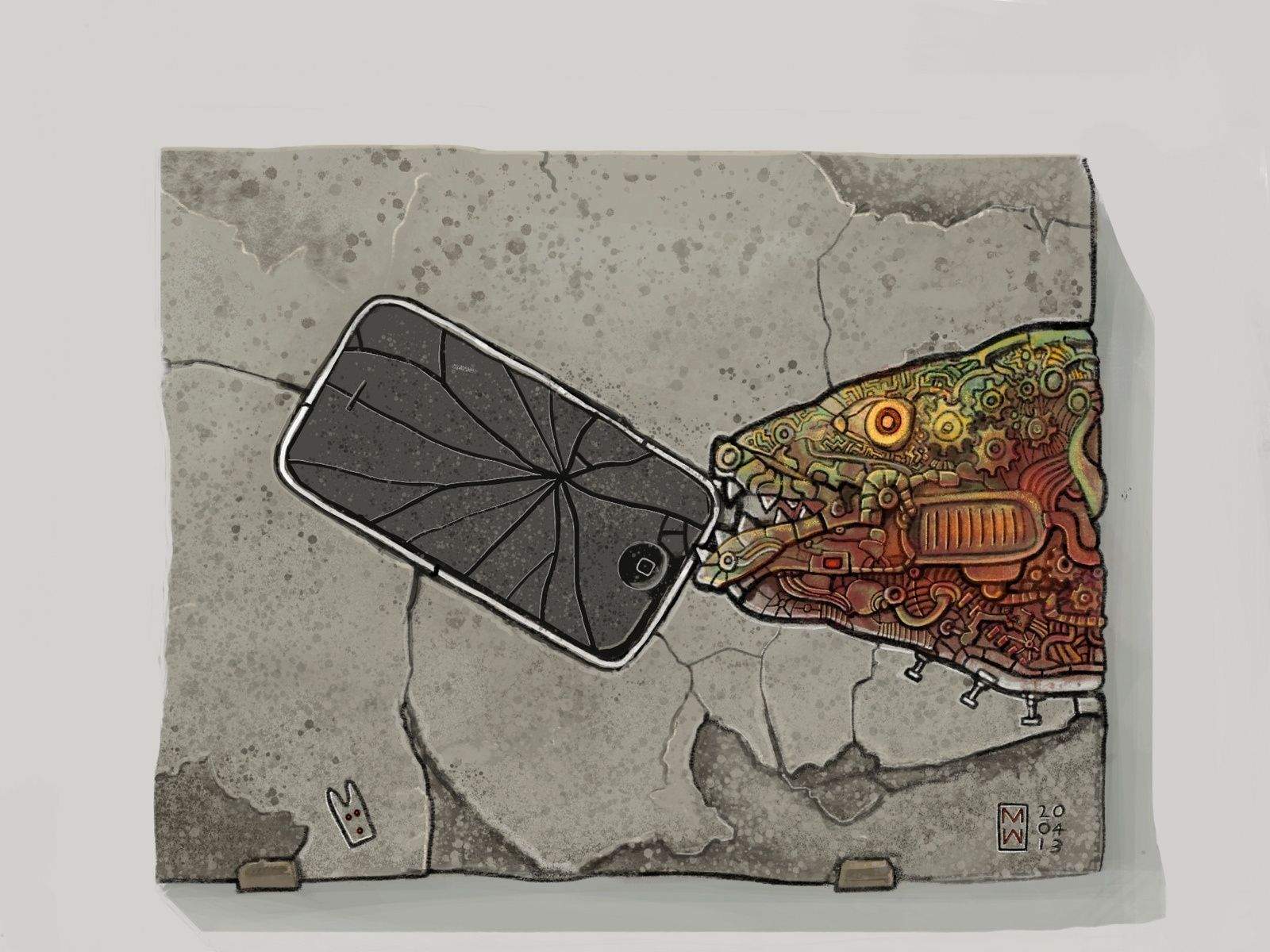 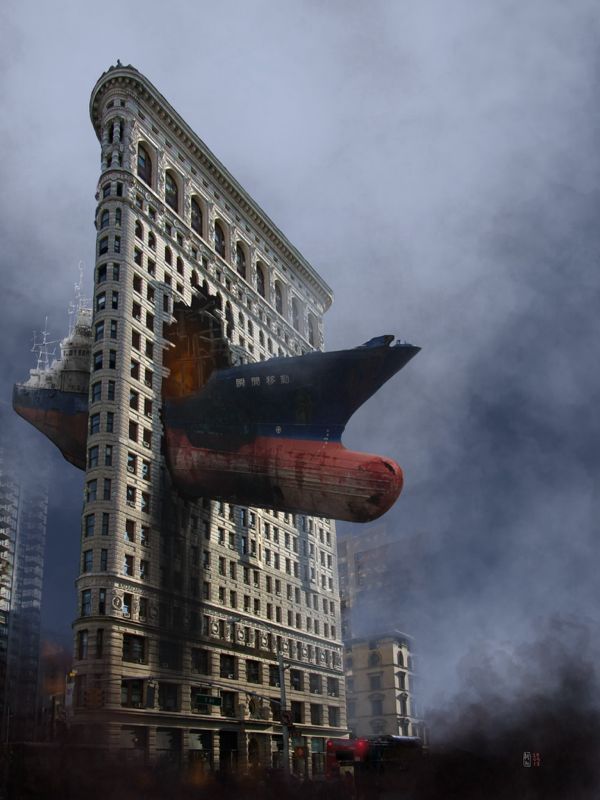 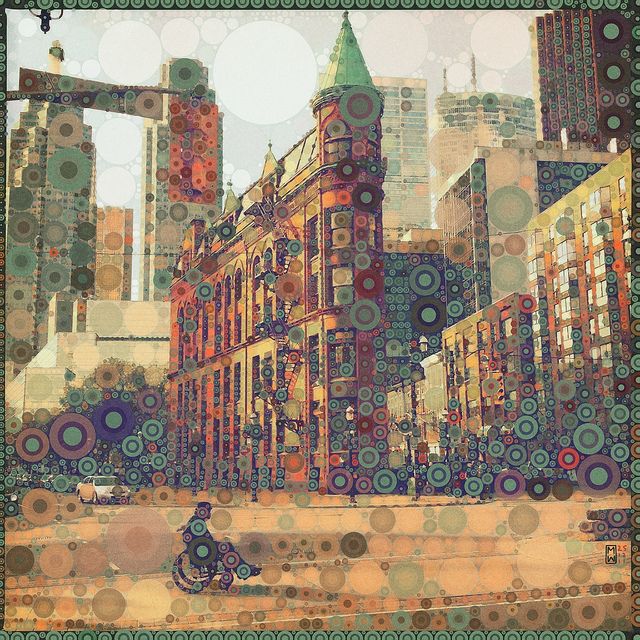 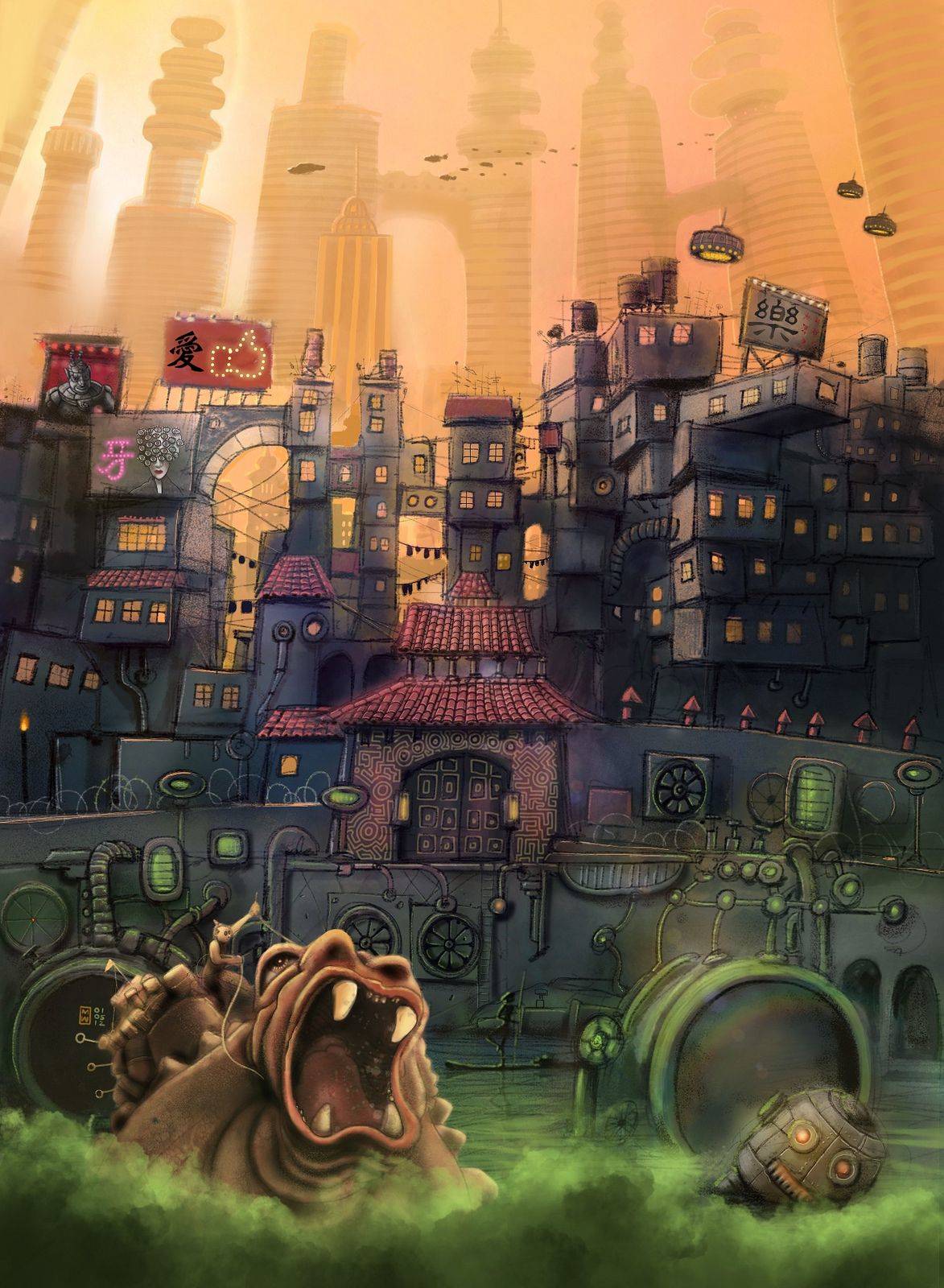 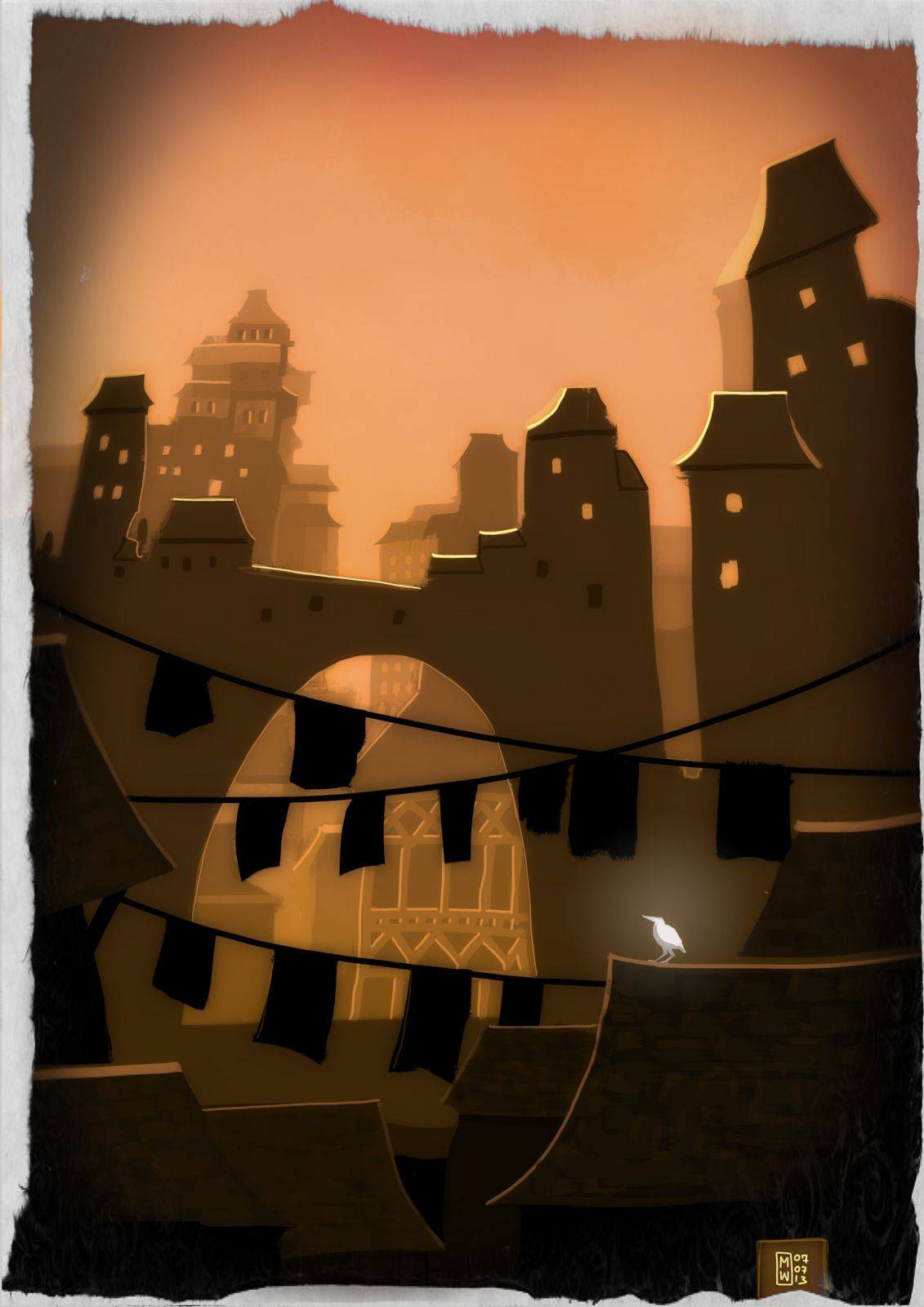 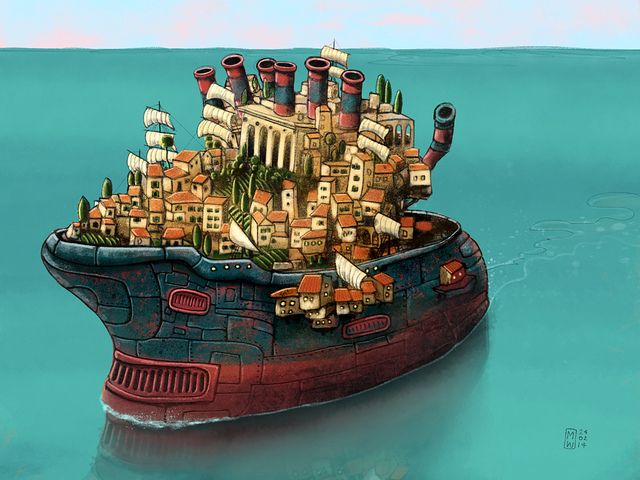 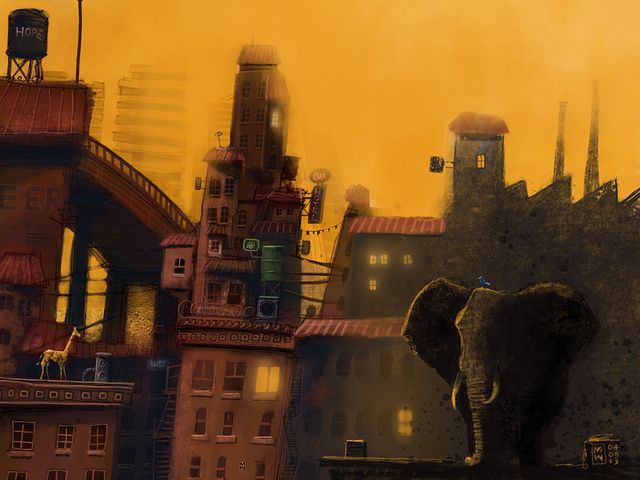 Matthew Watkins has brought iPad finger paintings into the real world in more formats than any other artist we know.

His digital artwork has made the leap into the tangible on carpets, cars, plexiglass and the more usual prints, videos, books and live installations at fashion shows and art events. Watkins, who lives in Southern Italy — by way of Manchester, England, and a childhood spent in Toronto — uses his personal peregrinations as a source of inspiration for his ongoing series on imaginary cities, which hovers between utopia and dystopia.

“I’m drawn to urban decay and architectural artifacts,” Watkins says of the works that were on display in a recent exhibit at Verona’s Palazzo Gran Guardia. “I’ve drawn buildings and cities since I was a child. As a teenager I would draw my own imaginary worlds. I still do.”

Painting with an oh-so-modern iPad in a country that’s as steeped in ancient history as Italy has sparked some interesting mashups of the old and new. After his imaginary cities got spotted, he was called on by the International Architecture Prize of Ischia. This month, he’ll be live-painting projections on some of the volcanic island’s landmarks and working on finger paintings inspired by the winning architectural designs.

“Designing buildings is so much easier not having any Newtonian constraints and being able to call in magical powers as necessary,” he says. “I’m joking, of course. I’ve worked with architects before, especially in the days before CAD programs could do 3-D renderings and artists like myself would be called in to visualize their projects. But now I am free of all constraints.”

His impossible fossils artworks came about after he saw the famously preserved animal remains at Monte Bolca, near Verona. That led to Watkins being invited back by the local museum to an archaeological dig for a closer look and inspiration.

“Fish fossils have inspired me since I was a child, but this was over the top,” Watkins says of the huge concentration of fossils from the Eocene era at Monte Bolca. “First I started with robotic fish, then I inserted common everyday elements, including a broken iPhone 3G. Imagining a distant fossilized robotic future juxtaposed with our culture. Maybe 50 to 100 million years from now.”

Watkins first caught our eye in 2009, when his one-man show went up in an Apple reseller, the first iPhone art display of its kind. His early, playful works seemed to dance across the iPad screen or knowingly frame scenes of daily life with the iPhone.

Recent projects include illustrating a children’s book for language learners titled Pig English and performance work with autistic teens that combined photography, painting, dance and poetry. Next up, he’ll be visiting Detroit to witness how the once-great Motor City is being redefined by the people who live there.

Watkins, whose favorite apps include Procreate and Sketchbook Pro, has some advice for budding iPad artists. A founding board member of The International Association of Mobile Digital Artists, or iAMDA, he’s a tireless advocate of using Apple’s magical device for art.

“Don’t let people denigrate digital art,” he says. “It’s the creativity and expression that is important. Let them know that it is a manual process. It’s just painting, and it’s here to stay.”