How to make your own coronavirus Ragmask
Home Before Dark gives us a tiny hero for uncertain times [Review]
Last chance! Buy a magnetic Xvida charger, get 50% off an iPhone case
This app uses a scientifically tested method to get you sleeping in two minutes [Deals]
Apple eliminates iPhone camera hijack; pays hacker $75,000
We talk the return of iPhone SE! This week, on The CultCast
Today in Apple history: Macintosh LC 580 is ready for school
2020 iPad Pro microphone has ‘hardware disconnect’ for added security
Apple Store online listing confirms name of new low-cost ‘iPhone SE’
This suede sport band for Apple Watch looks sharp but is ready for action [Review]

Guess which one is Steve? Clue: The only one thinner than Sir Mick.

Steve Jobs is hobnobbing with Sir Mick Jagger in Brussels, according to the EC press service.

Jobs met with Sir Mick at an online commerce roundtable to discuss “opportunities and barriers” to online retailing in Europe, the EC says. Other bigwigs included EC competition commissioner Neelie Kroes and the heads of LVMH, Alcatel, eBAy, Fiat and EMI, and others.

The business leaders met on Wednesday.

Jobs may be in Europe to attend Apple Expo in Paris, which just opened, although Apple doesn’t have a booth at the show.

The annual Apple Expo trade show is the biggest Apple-oriented show in Europe. Until 2003, Jobs has delivered a keynote speech there. But as Apple has expanded its chain of stores around the world, it has been pulling out of more and more conferences: Macworld in New York, NAB in Las Vegas and Apple Expo in France.

“Apple is participating in fewer trade shows every year, because often there are better ways for us to reach our customers,” an Apple spokesman told Macworld.

More details and pictures after the jump. 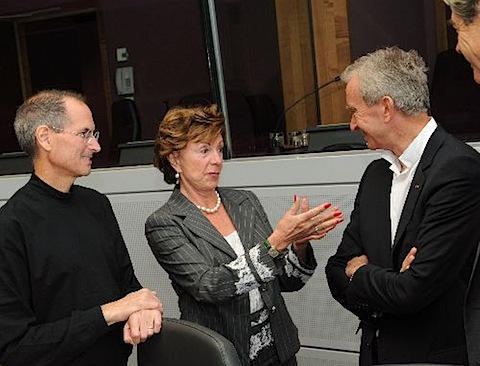 The members of the Online Commerce Roundtable were:

The issues paper for the meeting will be available at:

The report and any further submissions will be available at the same address.

Pictures are available at: 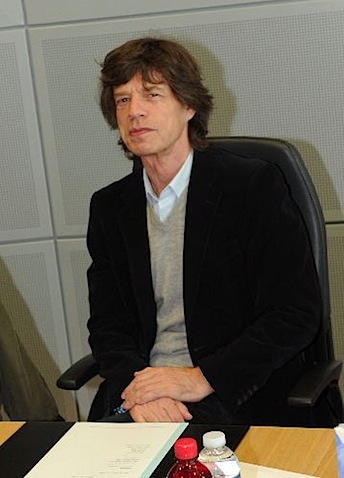 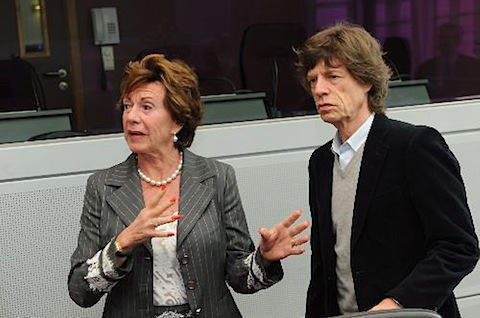 Neelie Kroes, on the left, and Sir Mick Jagger