The best music-mangling, Aperture-escaping and dock-customizing apps this week
Today in Apple history: Pismo PowerBook is a multimedia powerhouse
Pick up deeply discounted Mac and iPhone apps for Presidents Day [Deals]
Swipe these Samsung ideas, Apple! [Cult of Mac Magazine 336]
Today in Apple history: Young Steve Jobs appears on Time cover
Jump on Presidents Day deals on gear and gadgets [Deals]
This shortcut mutes iPhone audio when you enter Do Not Disturb
Save $199 on MacBook Air, $100 on iPad [Deals & Steals]
Pro colorist pans Apple Pro Display with science and one-liners
Here’s your last chance to save on lifetime access to this top-reviewed language app [Deals]

With iOS 7, Apple already has the best anti-theft software protection of any smartphone in the business. If you lose your iPhone, or it’s stolen, you can easily use Find My iPhone to see where it’s last reported coordinates are, and send a beep and a message to the device. And thanks to Activation Lock, unless someone knows your pin, they can’t even wipe the phone, effectively meaning that thieves who steal iPhones can’t do anything with it except strip it for parts.

But while iOS gives great protection to owners from thieves, it also inadvertently “protects” them from the good Samaritans who might want to return a lost or stolen device to its proper owner. That’s not the way it has to be, though, as this excellent ‘Good Samaritan’ concept proves. 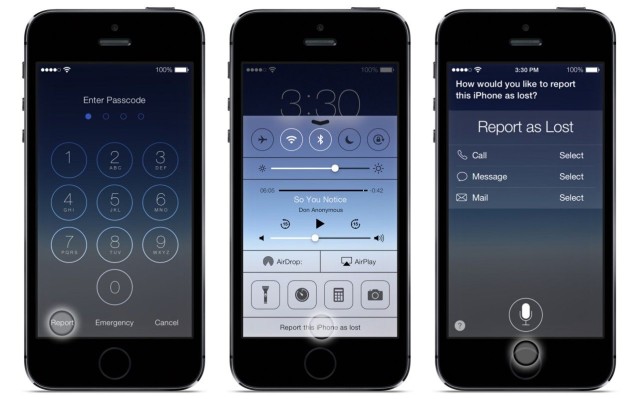 Originally posted on Medium, concept designer Dana O’Dell has imagined an iOS feature that would allow good Samaritans to easily get in touch with the owners of a lost iPhone.

The idea is pretty simple. If an iPhone is lost, a good Samaritan could simply hit a ‘Report’ button on the lockscreen to get in contact with the owner by phone, email, or iMessage. Each of these options would be entered by an iPhone’s owner when they first set-up their device, and would be very limited in scope, preventing a thief, for example, from racking up a load of phone calls by abusing the ‘Report by phone’ option. It would even have Siri support built in.

Personally, I love it, and see absolutely no reason why Apple shouldn’t build this into a future version of iOS. It’s probably too late to cram it into iOS 8, but maybe for iOS 8.1, or iOS 9. Any idea that can reunite more people with their iPhones is one Apple should consider.