“Millions of websites use Flash,” the blog post says. “Get used to the blue Legos.”

UPDATE: We checked, and there’s an MP4-based version of Bang Bros, which works fine on the iPad as is. So even Adobe’s most desperate tactic isn’t true. 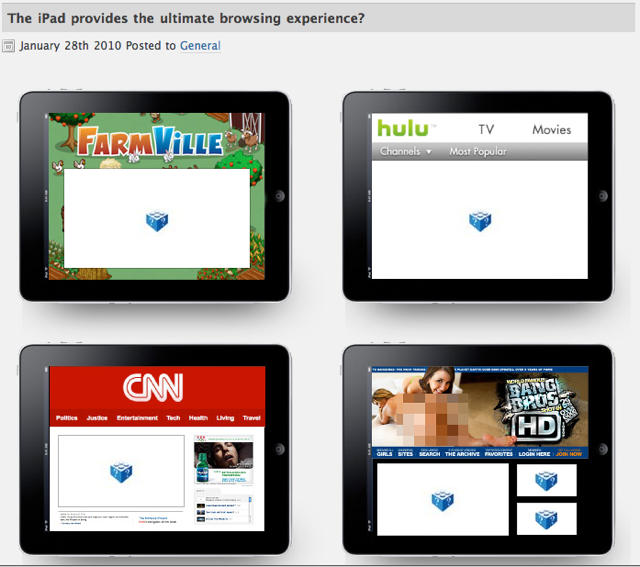 Number of comments on this postLeave a comment
Posted in: News Tagged: Apple, iPad