The sequel to one of our favorite games is headed to iOS this July 2. Sid Meier’s Civilization Revolution 2 will be a premium title for your iPhone, iPad and iPod touch, so get ready to strategize your way to victory with new leaders Churchill and Kennedy on the go.

This is the first Civ game developed especially for mobile devices with new gameplay and controls that work well on touch screens. You’ll get the same core strategic and tactical joy the series is known for, but with more user-friendly controls and interface. You’ll also get some new historical leaders — like Churchill and Kennedy — who will take their place alongside favorites Ghandi, Lincoln, and Napoleon. 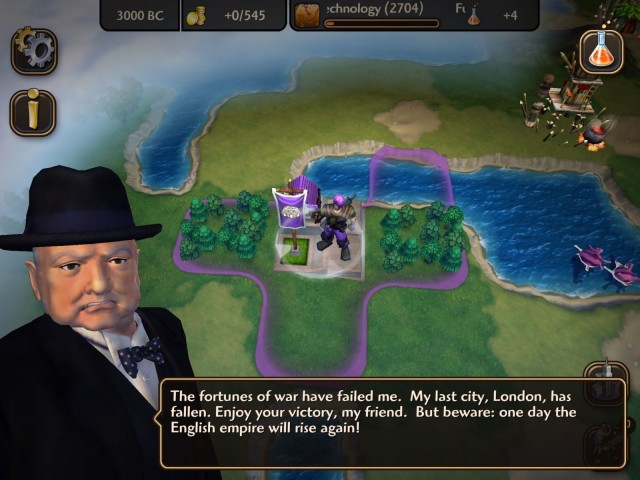 The first Civilization Revolution was designed by Sid Meier’s Firaxis Games in 2008 as a way to translate the successful keyboard and mouse PC and Mac game, Civilization, to consoles. It was released for iPhone in 2009 and then re-released in 2010 for the iPad. It was well received by both gamers and iOS game sites, getting high scores across the board.

Civilization Revolution 2 will continue the tradition of the earlier games, letting you lead your own civilization from t pre-history to the modern age, going up against AI-controlled great leaders from history while you wage war, engage in diplomatic relations, and discover new technologies. You can win the game with scientific, cultural, or more violent means, conquering the entire globe for the ultimate victory.

So, come July 2, you’ll be able to plan, scheme, and dominate your way to global supremacy. Until then, head on over to the Civilization website for more details.