In famous ’70s sitcom Happy Days, Henry Winkler’s unflappably cool greaser, Arthur “Fonzie” Fonzarelli, has a superpower, described on Wikipedia as “an almost magical ability to manipulate technology with just a nudge, bump or a snap of his fingers for things such as starting a car, turning on lights, coaxing free sodas from a vending machine, or changing the song selection on a jukebox.”

It turns out that if you’re having camera issues with your iPhone 5, fixing it might be as simple as channeling the Fonz: Just try thwacking it.

Investigating further, Horowitz noticed that when he examined the camera lens on the back of his iPhone, it was possible to apply light pressure to the lens to depress it slightly into the backplate of the phone. And lo and behold, the iPhone 5 camera started working again. 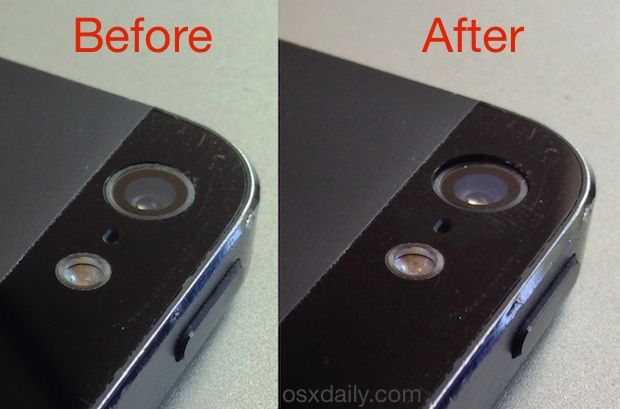 This isn’t a one-off fix, unique to Horowitz’s particular blend of circumstances. As it turns out, there’s an entire thread of people on Apple’s official support forums having the exact same issue.

So if you’re having problems with the iPhone 5’s camera, try just giving the lens a nudge. The worst-case scenario is you’ll have to go to the Apple Store anyway. But in the best-case scenario, you’ll feel just as cool as the Fonz.