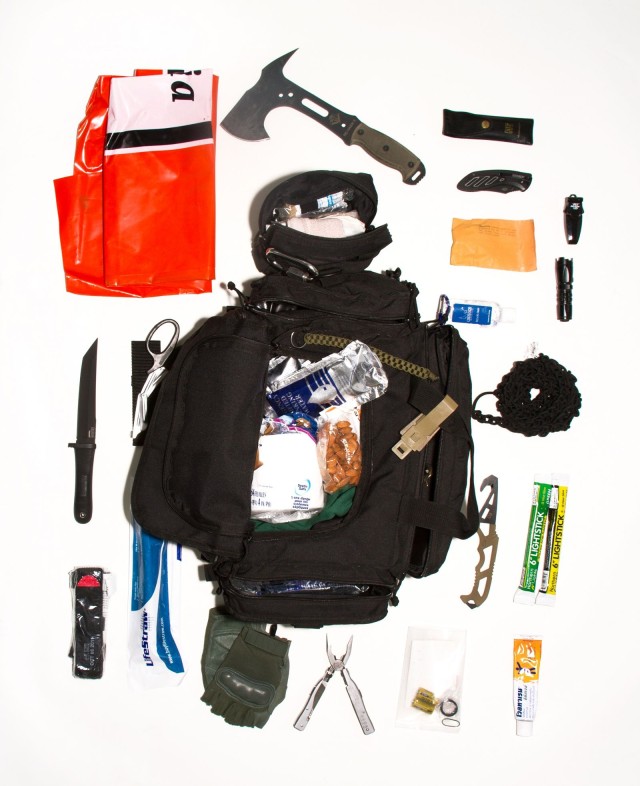 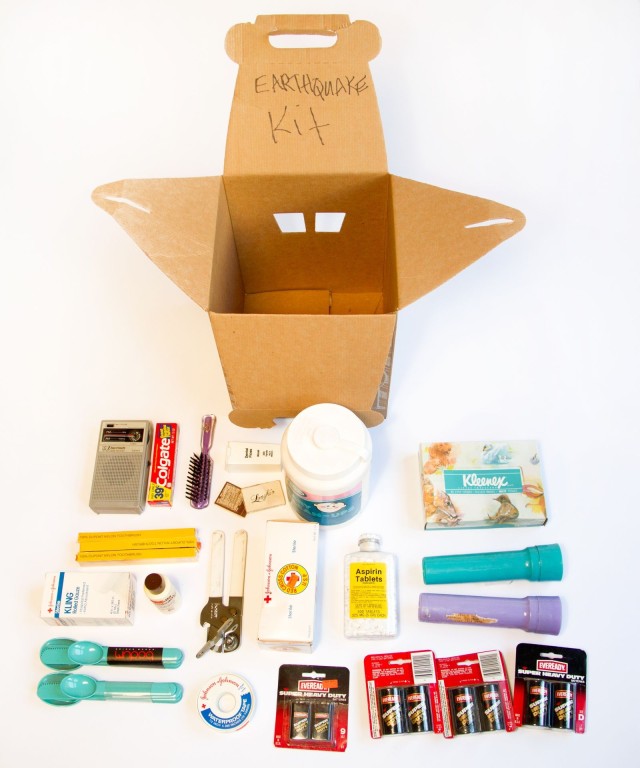 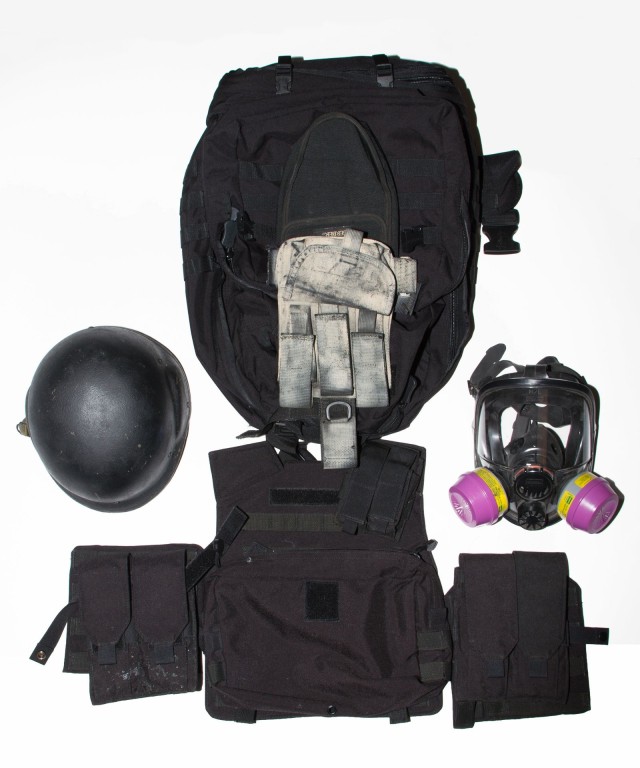 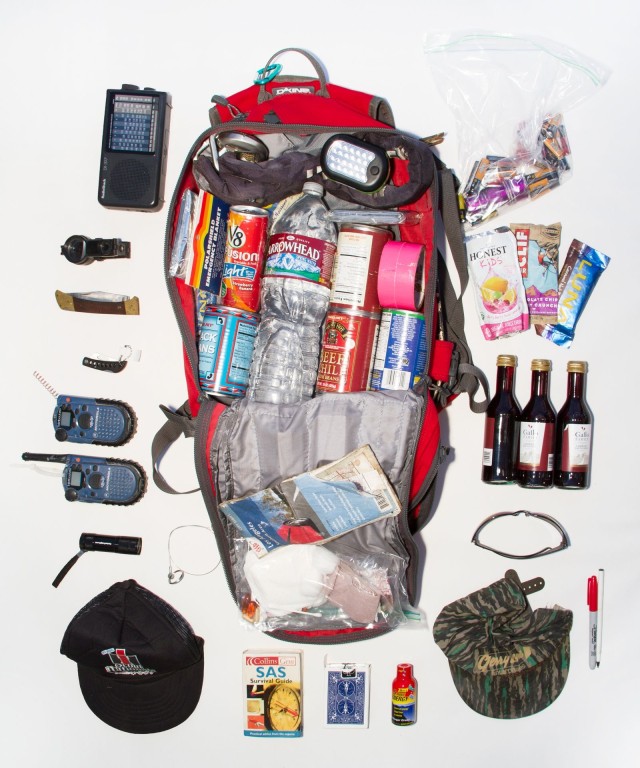 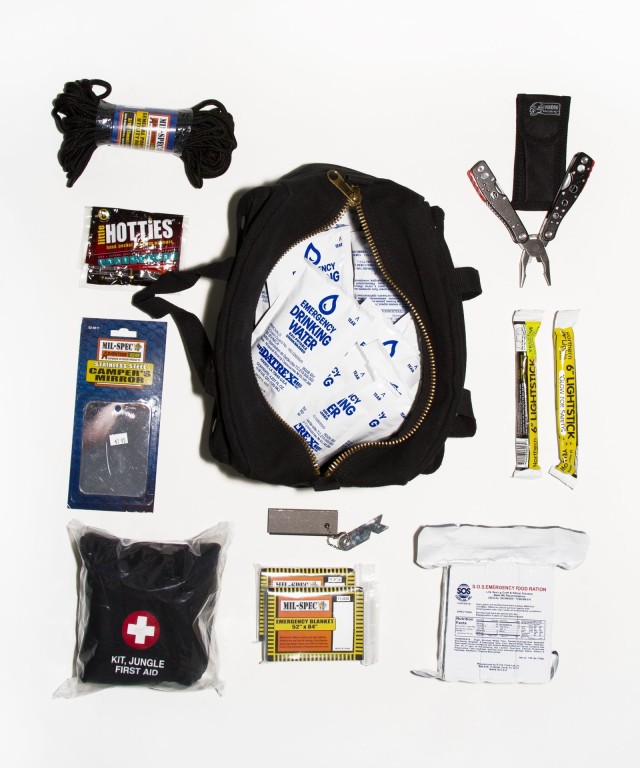 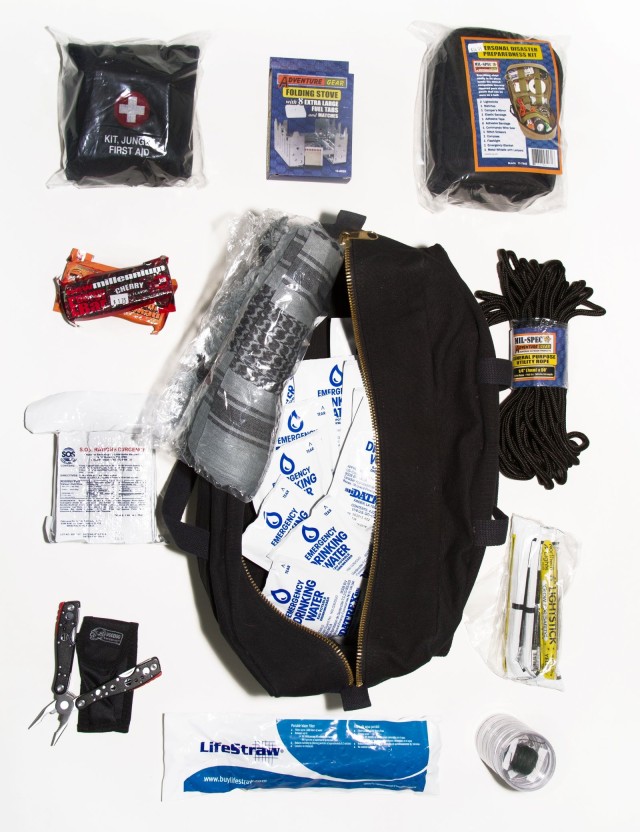 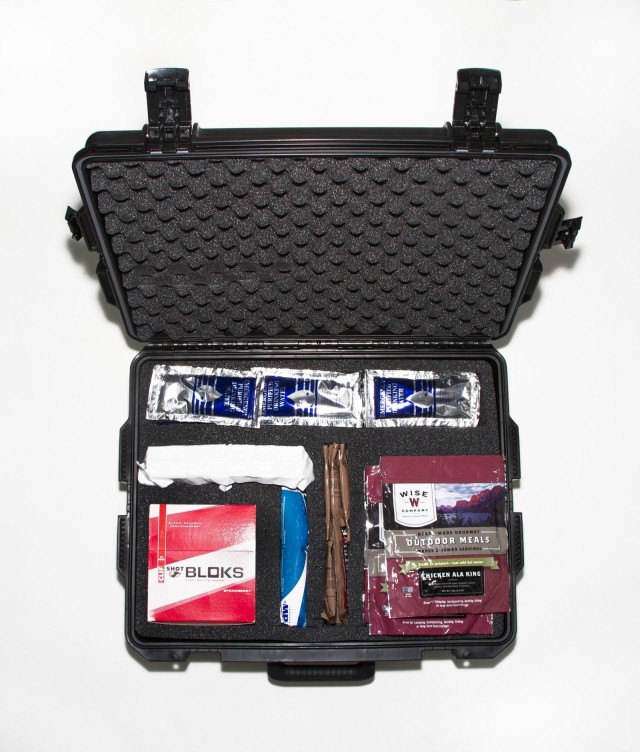 Everybody packs differently for the apocalypse.

Photographer Allison Stewart reveals the fears and foresight of survivalists in her photographs of bug-out bags, the emergency preparedness kits put together by individuals ready to flee an impending disaster. In her photo series Bug Out Bags, the contents of the grab-and-go bags get splayed out against a stark white background, showing the wide variety of items deemed necessary by the preppers.

Stewart, raised on the Gulf Coast under the annual threat of hurricanes, comes by her fascination with the subject naturally.

“When I lived in New Orleans, I was stuck in my house for four days without electricity or fresh water,” Stewart told Cult of Mac in an e-mail. “The water in my street was waist-deep and lapping at my front door. I was very thankful for my water supply, my transistor radio, and of course the wine supply.”

No two packs in her Bug Out Bags photo series are alike, a fact Stewart attributes to the individual nature of fear. One is loaded with forestry tools; another includes a gas mask; a third is stocked with canned food. While basements from Tornado Alley to the Ring of Fire hold stockpiles of emergency supplies, she found bug-out bags truly explore the unique psyches of their owners.

The project began with people she knew, then expanded through Craigslist. Stewart documented the curious (and sometimes deadly) contents of individuals’ bug-out bags, titling the resulting photos simply with the owners’ names. Meeting strangers who carry axes and knives sounds dangerous, but Stewart found herself deep in fascinating conversations instead of mortal peril.

To get the photos, she traversed the Los Angeles area, where she now lives, with her own photographic version of a bug-out bag.

“I have a mini studio I can pack in my car which includes the white backdrop, a stepladder so I can get the bird’s-eye shot, and a variety of lights and bounces,” she says. “I often don’t know what lighting situation I am going to find myself in.”

A fan of post-apocalyptic fare like The Walking Dead and The Omega Man, Stewart says waking up as possibly the last person on Earth is her nightmare fantasy. Dark thoughts aside, her interest in bug-out bags flows from her fascination with cultures on the fringes of society. Born in Texas, she lived in New York before setting up shop in Southern California. The disconnect between what was normal to her as a child and how that kind of lifestyle gets perceived in other parts of the country is a major focus of her work.

“I grew up in the South and all the men in my family served in the military and collected guns,” says Stewart, whose Civil War re-enactment photos are compiled in the book American Anthem. “That was normal to me. When I left home I realized that a lot of people in the world don’t understand why anyone would own a weapon. As a documentary photographer, I am not trying to explain or defend, I’m just hoping my work will create a conversation.”

All photos by Allison Stewart from her ongoing project Bug Out Bag She invites anyone in the Los Angeles area to get in touch through her website if they’d like to include their gear.