Apple’s biggest acquisition ever is all the tech world can talk about, and Apple hasn’t even confirmed the news yet.

Last week it was reported that Apple has plans to acquire Beats Electronics for $3.2 billion. Shortly after the news broke, Beats co-founder and legendary producer Dr. Dre called himself the “first billionaire in hip-hop.”

Now Dre and music industry tycoon Jimmy Iovine are rumored to appear onstage at Apple’s Worldwide Developers Conference next month. What exactly the future holds for Apple and Beats remains unclear, but here are five things to know about the monumental deal:

Jimmy Iovine is a big deal for Apple

As perhaps the most well-connected man in the music industry, Jimmy Iovine is likely a big reason Apple wants Beats. Besides running Beats, Iovine is also the CEO of Interscope Records, one of the biggest labels on the planet. His contract with Interscope is set to expire later this year, which would give him the chance to take a job somewhere else… like in Cupertino.

Iovine has a long history with Apple, and he was one of the first record label executives to be on board with the iTunes Store back in the early 2000s. He was a personal friend of Steve Jobs, and he has described pitching a streaming service to Jobs years before services like Spotify came onto the scene.

Iovine is one of the most forward-thinking executives in the music industry, and he could bring a lot of connections and expertise to the table. Apple reportedly wants Iovine to “revamp and run its whole music strategy.” He’s certainly the man for the job.

There are a lot of ways Apple could choose to use Beats, but it’s believed that the iconic brand will not go away.

Beats headphones are almost as ubiquitous on city streets as Apple’s white EarPods. Apple could choose to just re-brand Beats headphones as its own, but instead “Apple plans to work with the company to improve the quality of design in future versions.”

Nearly two thirds of African Americans use Android over the iPhone, according to Nielsen’s market research. Thanks largely to the cultural influence of Dr. Dre and Jimmy Iovine’s savviness, Beats has managed to market itself very effectively to black Americans. 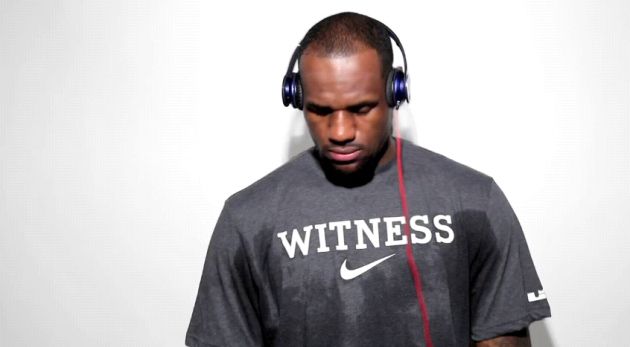 Professional athletes, rappers, and celebrities are seen sporting Beats in public and in advertisements. Beats owns not only the market share, but the mindshare of the premium headphones market. And it has managed to do that while also appealing to a specific demographic Apple has trouble reaching.

Digital downloads are beginning to free-fall as streaming services like Spotify have started catching on. Before the Beats news came out, it was reported that Apple was considering a completely redesigned iTunes Store.

Beats Music could mean that Apple finally becomes an established player in the world of music streaming. And while Steve Jobs was famously against music streaming, it’s obvious that Tim Cook and Eddy Cue are warming up to the idea.

The deal is also about wearables

Our own Leander Kahney made a strong argument over the weekend about how Beats is important for Apple’s wearable plans. In an interview with Robert Brunner, the man who hired Jony Ive at Apple and designed the first pair of Beats headphones, it’s made clear that Beats understands fashion.

Brunner explained to Cult of Mac how Beats has approached wearables:

1. It’s more about how you feel wearing it than function. If you don’t feel it’s part of who you are and it is enhancing that, then you won’t wear it. This is where fashion and emotion come in and few tech companies get this. It’s something we focused on day one with Beats.
2. It’s not about technology at all, but about what it does for you and how it fits and enhances your life. It is not magic anymore just to be connected per se. It needs to do something valuable and meaningful in your life.
3. It’s important who adopts it first. With Beats we were overt in enlisting visible, aspirational people to wear the product. Bluetooth headsets and Google Glass are victims of their early adopters and this has — or will — limit how pervasive they will be. No one wants to be seen as a sales rep or an arrogant “glasshole.” Again, it’s fashion and who is wearing it first matters.