With the global reach of Twitter, it’s totally possible you’re following a few folks that don’t necessarily Tweet in your native language.

When that happens, it’s TweetDeck to the rescue with its very useful translation function.

Here’s how to make that work. 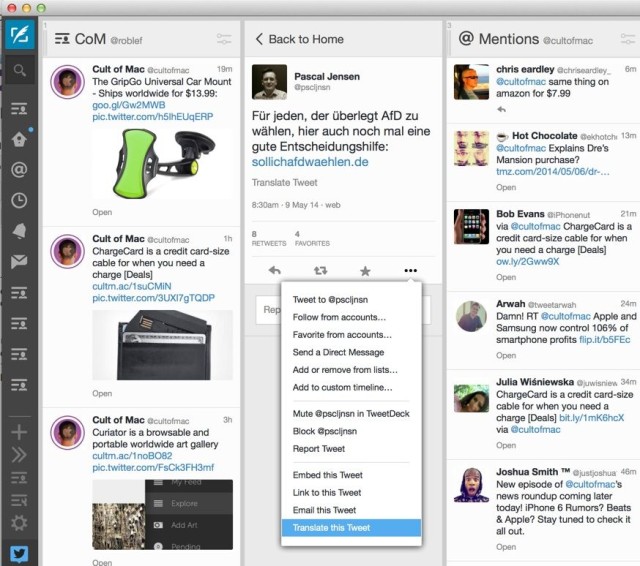 When you come upon a tweet in a language you don’t speak, look to the area just under the tweet itself, to the right of the reply and retweet buttons. There’s a little ellipsis there that has a ton of options to explore. Near the bottom, however, is the Translate this Tweet button. Choose this option and TweetDeck will use Bing Translator to figure out which language the original tweet was in, translate it, and drop the translation in your native language just underneath the original. 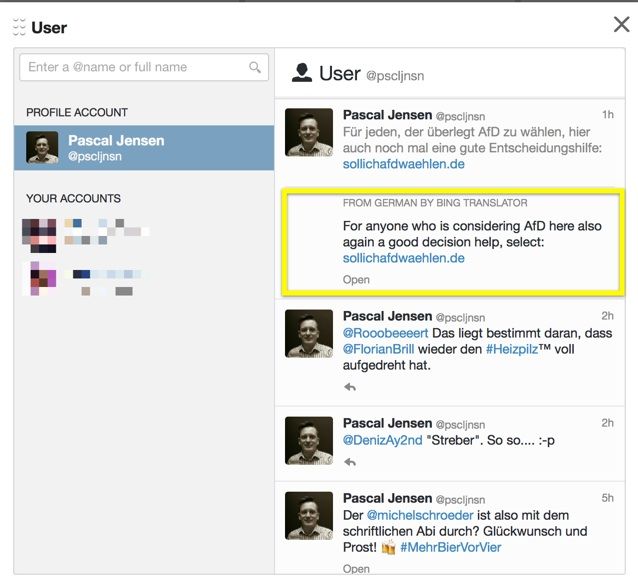