5 inventive iOS games that wowed Leo's Fortune designer | Cult of Mac
Cult of Mac Mobile menu toggle
Mobile menu toggle
FULLSCREEN
"It’s not often that a game will be able to offer an experience that is completely new to you, but Papa Sangre was exactly that type of experience for me," Anders Hejdenberg says. "The reason for that is that the game is not played like other games. You see, in Papa Sangre you play standing up with your eyes closed and headphones on. Preferably in a dark and quiet room where no one will see how silly you look.

"Apart from the menus, there is no art in the game, and this is because the whole game is actually played out inside your own imagination. You just close your eyes and listen, and after a few minutes you’ve created your own vivid game world by just moving around in the 3-D soundscape. You have four buttons to press: left foot, right foot, left hand and right hand. The feet are used for walking, and the hands are used to interact with objects. And with clever use of the gyro on your iPhone, you turn around inside the game by actually turning around in real life. Pretty cool stuff!"
"I think that playing Sword & Sworcery is a bit like being at a party full of genuinely funny and interesting people," Hejdenberg says. "People with weird clothes and funny glasses that have fascinating stories to tell. Plus there’s really good music playing in the background. The music is so good in fact that you have to ask someone who the artist is so that you can find it on Spotify when you get home.

"I’d say that Sword & Sworcery is a game where the sum of all parts is greater than the whole. It seems like the game has a certain pace to it. It’s like everything from music and dialogue to animation and scenery all follow the same rhythm. And in its entirety it’s quite mesmerizing."
Games like Monument Valley have managed to be both popular hits and critical darlings.
"I think you should play Year Walk when you actually have time to play it," Hejdenberg says. "It’s not something well-suited for a crowded bus on your way to work. There’s a lot of atmosphere in the game, and you really need to be relaxed and focused in order to get the most out of it. But when you do, it’s definitely something out of the ordinary.

"The game is actually quite scary. You’re moving around in a wintery landscape without a map or compass, and it won’t take long before you start seeing some eerie characters roaming around in the wilderness. Small details, like objects in the terrain changing or blood trails in the snow, will send chills down your spine.

"The game is focused on exploration and puzzle-solving, and many of the puzzles are quite interesting. It really feels like it’s designed for mobile as well, often utilizing the features of your device in unique ways."
"Blek is the most recent game I’ve played, and I’ve been enjoying it quite a lot, despite the fact that I’m not very good at it," Hejdenberg says. "What I like about it is that it uses a very simple game mechanic, but the game itself will quickly become quite complex.

"In Blek, you use your finger to draw a line or shape on your screen. When you release your finger, the game will repeat your movement but from the position where you released your finger. So for example, if I would draw an L-shape from top to bottom, the movement will become repeated to eventually form a staircase.

"Each level is one screen and on each screen there are a number of colored circles that your line has to pass through in order to complete it. However, there are also black circles and if your line crosses one of those the level will reset. It starts out very simple, but after a while the levels are filled with circles of all kinds of colors and sizes, and you have to be quite creative to figure out the solution." 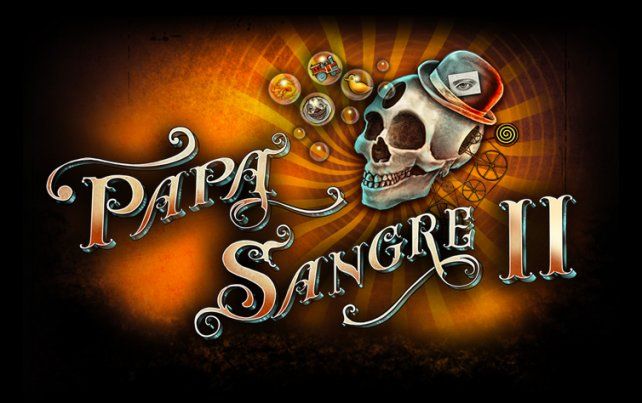 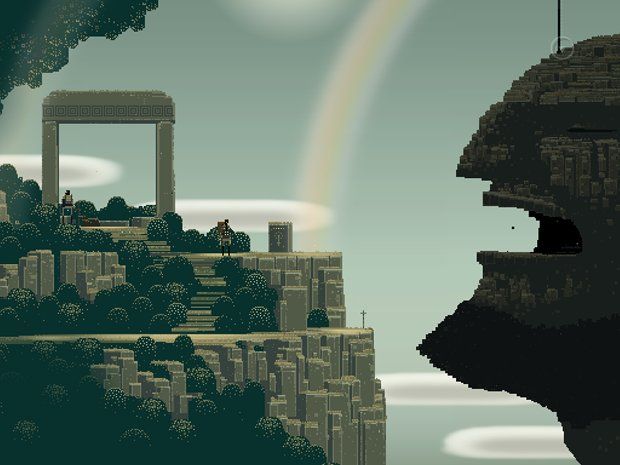 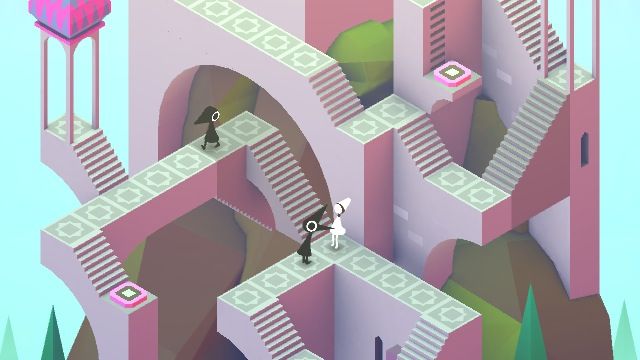 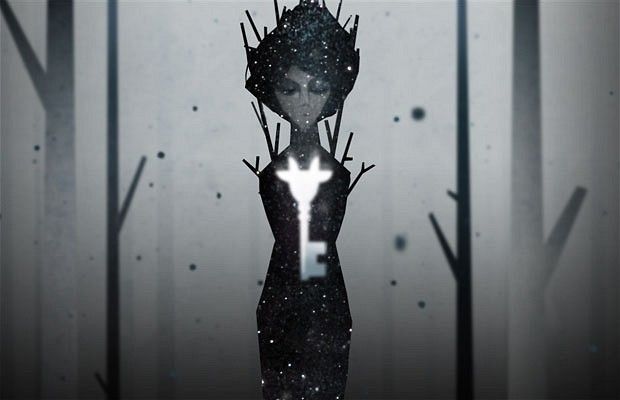 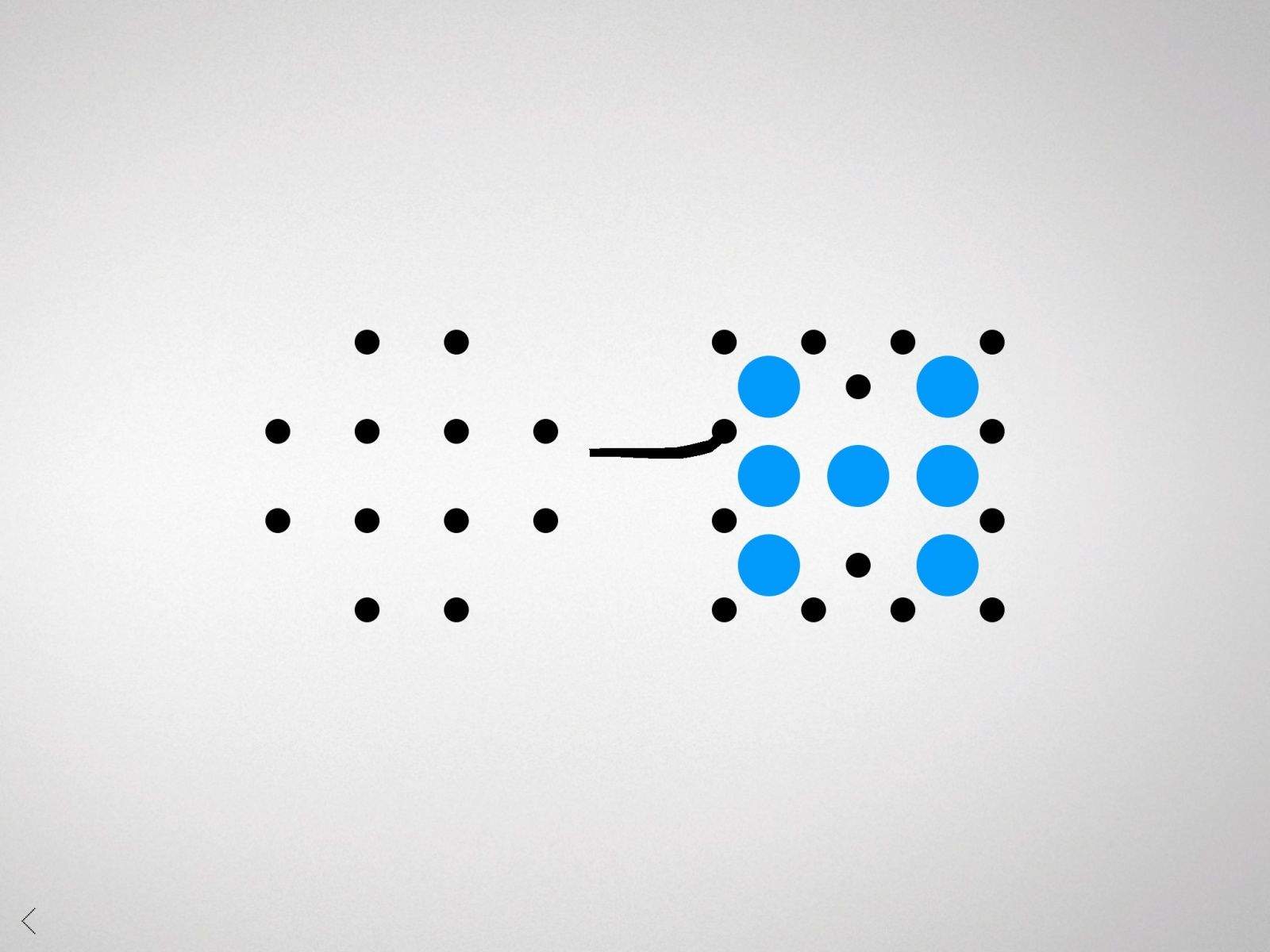 Bouncing, huffing and puffing through a beautifully-rendered cartoon world, avoiding jagged rolling wheels and collecting coins, Leo’s Fortune may just be the year’s most lovable iPhone game. But which games did its creators fall in love with?

Following our exclusive look inside behind the scenes of Apple’s iPhone “game of the month,” we asked Leo’s Fortune designer Anders Hejdenberg to name his current top five iOS games. He said he’s most impressed by titles that pair intriguing artwork with novel gameplay mechanics.

The highly imaginative Monument Valley, for instance, won him over quickly. “It didn’t take long to finish,” says Hejdenberg of his experience playing the game, “but during that time I experienced quite a few moments where I thought to myself, ‘Wow, this is really cool!’ That rarely happens when I play games, so it was definitely worth the price of admission.”

Here are the other iOS games currently taking his breath away. (You’ll find download links available below the gallery.)