We like Moshi’s Verso covers, which fold – origami-like – into a variety of handy stands. And we (actually probably just me – nobody else here uses one) love the InCase Origami, which covers the Apple aluminum keyboard with a case that folds out into an iPad stand.

So how could I resist Moshi’s VersaKeyboard, which kind of does both?

The VersaKeyboard is like a slightly more complex Versa cover. The front flap still folds along geometric creases to form a stand, and the iPad Air still sits in a plastic tray behind it. Only now that tray is deeper, and a keyboard slides into a channel up the middle. 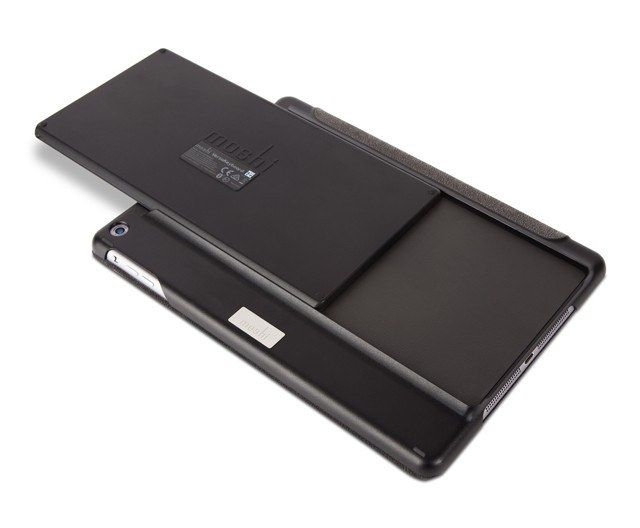 This keyboard then sits separately from the iPad, which is ergonomically way better than having everything on the desk just below you, and it incorporates all the extra iPad-specific keys you’d expect. This extra row is combined with the function key row, just like on a MacBook keyboard, and you can switch up the functions using an fn key.

As ever, it will all come down to keyboard quality. To be honest, I’d lean towards the InCase Origami. If you’re going to use a separate keyboard, then why not get one of the best full-sized ones?