Each week we pull the best Apple-related gadgets from the Cult of Mac and collect them here for your perusing pleasure.

Remember the Elevation Dock? Yeah, me too. The Kickstarter took so long to ship that everybody who’d ordered one had upgraded to the iPhone 5 by the time the dock shipped, so they needed adapters to make them fit their new phones.

Still, that won’t happen with the new Elevation Stand, which is a simple $100 aluminum brick that adds a few inches to the height of your iMac. 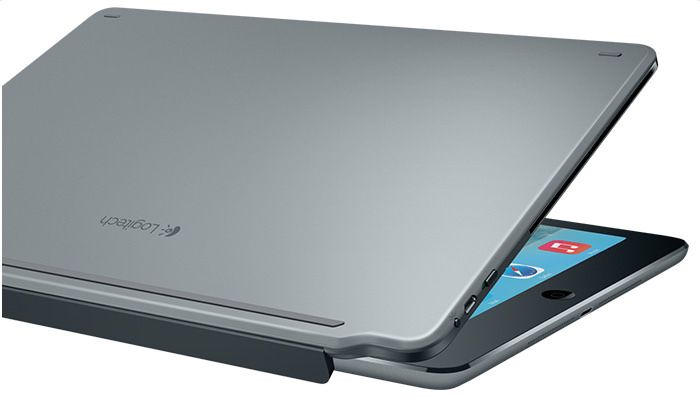 Barely two months after I bought the original, Logitech has updated the Ultrathin Keyboard Cover for iPad, with matching new models for the iPads Air and Mini. The Bluetooth keyboards still work as covers and stands for your iPad, but now they also hold the iPad at an adjustable angle, and have a hidden hinge that pops out when your need it. 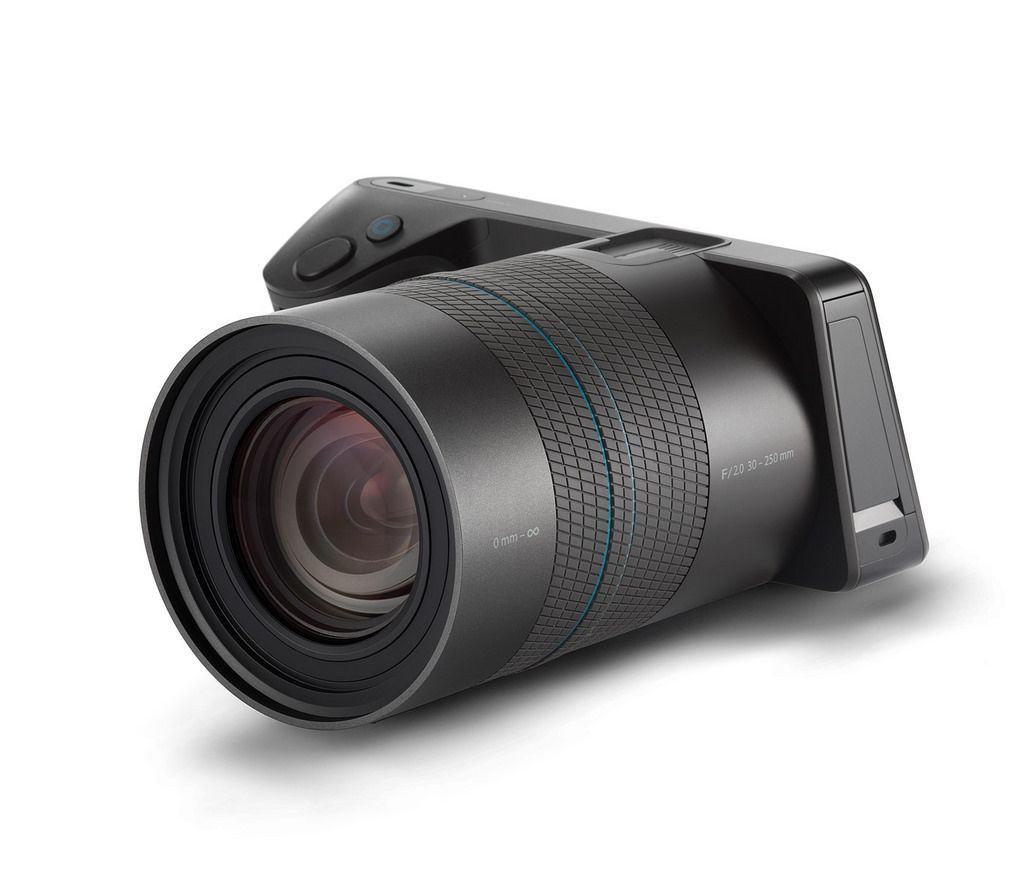 Lytro’s new Illum field Camera is the first of its products you’ll want to buy. The original Lytro Field Camera was a nice proof of concept, but the low resolution images were pretty crappy, and the unit itself was one of the least ergonomic camera designs I’ve ever seen.

The Illum still has some ergonomics issues, but promises much better pictures. 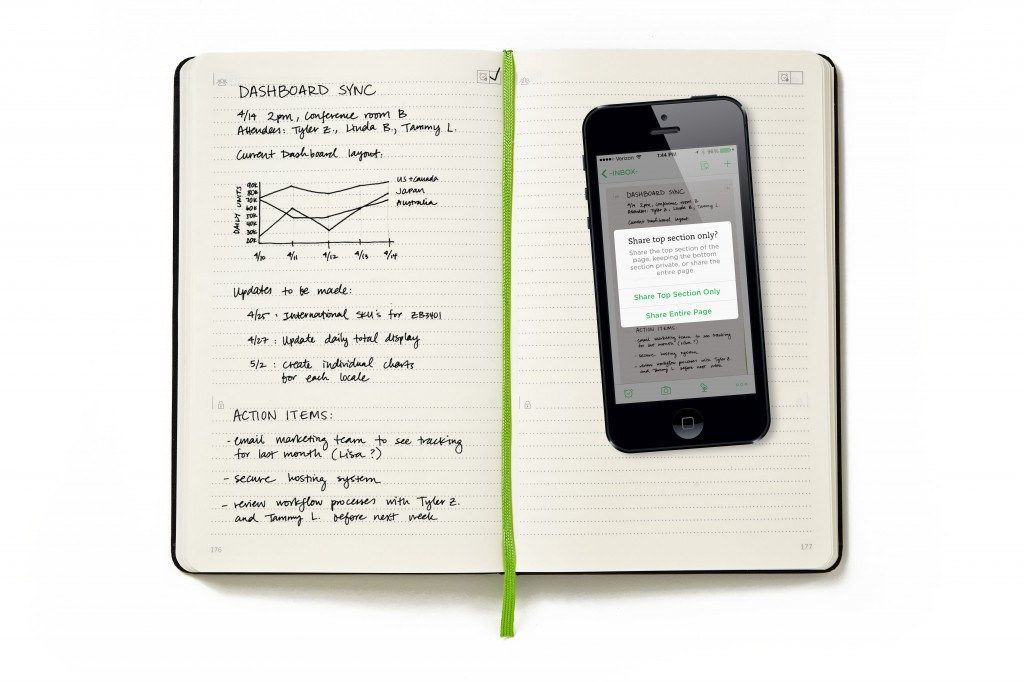 Evernote’s new Business Notebook (made my Moleskine) lets you share just a part of your handwritten notes with other businessy-type folks, and it also lets you check a box on each page to set a reminder. And of course it does this in concert with the Evernote suite of apps.

The notebook looks like any other Moleskine, only it has some extra markings on the standard-issue lined pages. One is a horizontal line that separates the bottom third of each page. When you scan the pages using your iPhone’s camera, anything above the line is for your eyes only, and anything below the line can be sent separately to other folks via email. And becasue this is Evernote, you can search on your handwritten notes.

It’s hard to come up with a reason you wouldn’t buy the Jimi, a little dongle that plays the hell out of your iMac, then smashes it all over the stage and sets fire to it, all while continuing to kindle sweet electric guitar music from its dying body.

Wait, that’s not the same Jimi? The Bluelounge Jimi is a little j-shaped USB extension that lets you plug your peripherals into your iMac from the front? That sounds pretty cool. 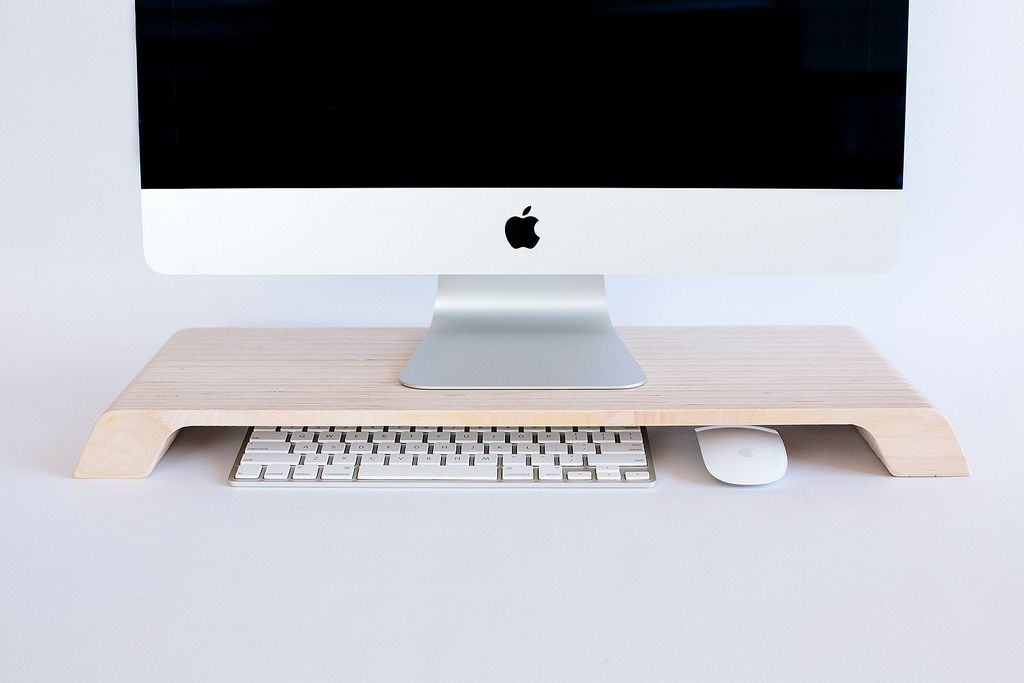 Sometimes the simplest things are the best. A pen and paper for writing shopping lists. A broom instead of a Roomba. An Aeropress instead of a crappy K-cup. And now, a Lifta iMac stand instead of, uh, more complicated iMac stands.

It’s a chunk of wood, and that’s it. But it raises your iMac to a more comfortable eye-level, and gives you space to stow a keyboard underneath. Not that storing a keyboard is that hard with a naked iMac – you just put it on top of the slimline foot.