This week we look at docking stations for the MacBook. Docks let you stow your laptop out of the way. With its lid closed, and yet still use its brain to power a monitor and hook up to a mouse and keyboard.

Some docks are simple dumb stands, others offer hookups that the modern MacBook lacks, like HDMI and Ethernet ports.

Let’s take a look at three of the best.

The BookArc Möd has a name that looks like a heavy metal band from the 1980s, but the dock is an elegant curve of plywood that does nothing but hold your MacBook vertically, and off the desk.

The Henge is another vertical dock, this time with permanently-attached display and power cables that are engaged when you slide the MacBook into the case.

And the Landing Zone is the fanciest of the lot. With the push of a lever it crams itself into all available ports on your MacBook and lets you leave the your peripherals permanently connected to the other side. 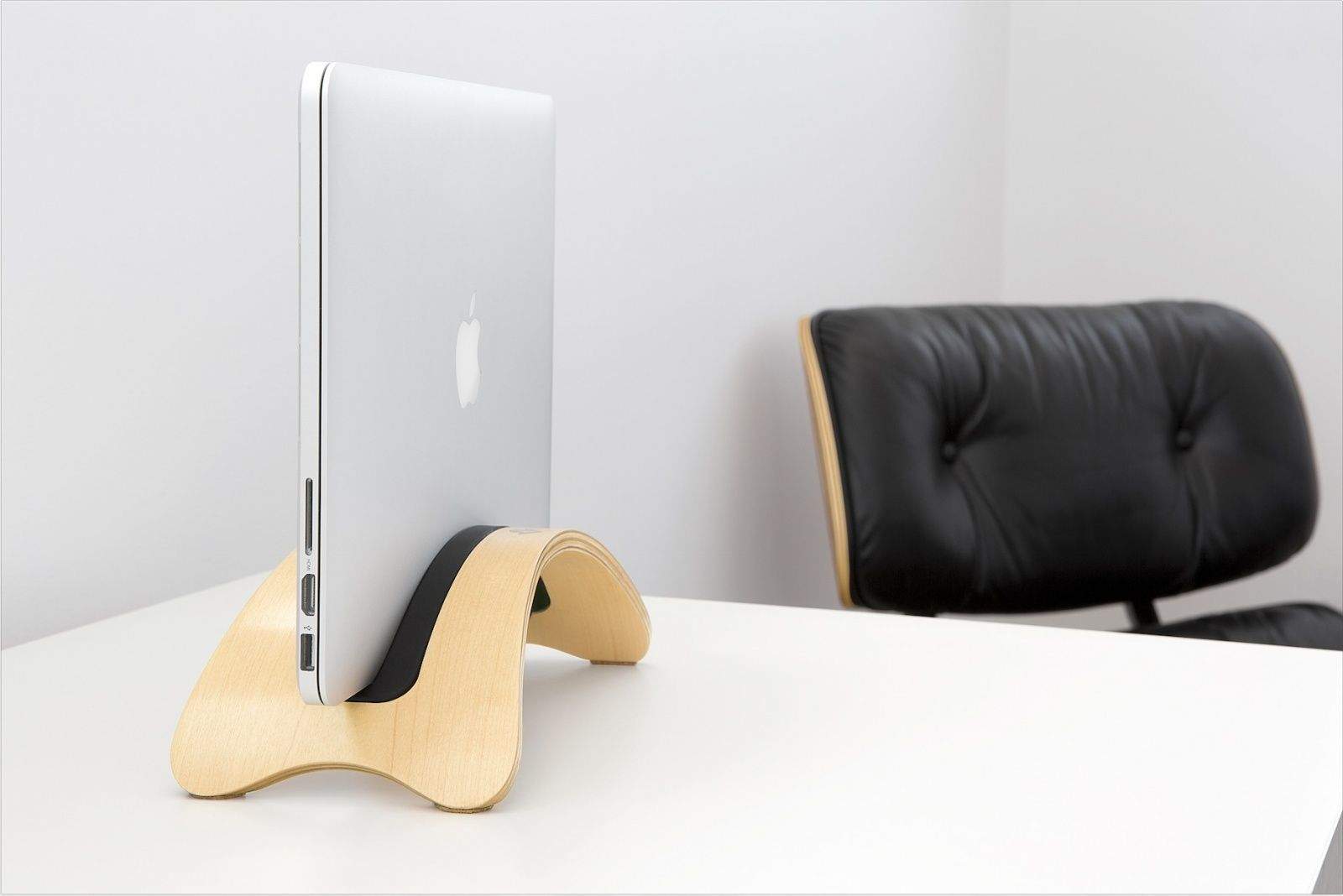 If you’ve never heard of Twelve South’s BookArc, it’s a simple docking station for Apple MacBooks. A bridge-like arc with a swappable silicon insert and hidden cable managers, the idea of the BookArc is to offer the simplest, most widely compatible MacBook dock around. You just slap your MacBook into the BookArc, plug in the cloistered cables, and away you go.

Henge Dock For MacBook Air: Keeps Your Desk Neat & Tidy, But Could Do More [Review]

Henge Dock For MacBook Air: Keeps Your Desk Neat & Tidy, But Could Do More [Review]
The Henge Dock does a fantastic job of creating space on your desk and reducing clutter. Even if you only use an 11-inch MacBook Air, you’re saving a lot of space by turning your notebook on its side. You can even hide it away behind your Thunderbolt display if you’d like, which means all those wires are out of your way.

The Henge Dock is also ideal for those who use their MacBook within a home theater system. 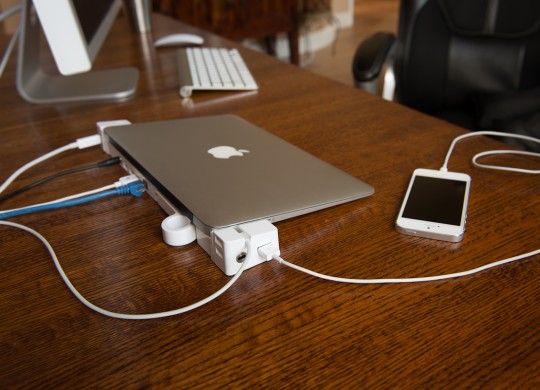 The Landing Zone Pro is a plastic bar with a lever and two moving ends which shove themselves into the holes on the sides of your MacBook Air. Because of this intimate arrangement, you need to pick the exact model for your machine.

Once pushed into the USB and Thunderbolt ports, the dock sits there ready for hookups. And what hookups: there are three USB 3.0 ports around back, plus one high-powered USB port on the left, for charging/syncing iPhones and iPads at high speed. There’s also an Ethernet port, a Thunderbolt port and a power socket, into which you plug an adapter to power all those USB ports.

This bunch is so diverse that it’s hard to pick between them. The Landing Zone is great if you have a lot of other gadgets on your desk that need to be hooked up to your MacBook. BookArc is useless in this regard, but is a beautiful place just to stow your closed machine.

And the Henge comes somewhere between the two, although its really fricking ugly.

So I declare a tie. The BookArc and the Landing Zone both win. It’s not like you’re going to find it hard to pick between the two.