A patent, published Tuesday, may solve some of those problems by promising Automatic Avatar Creation for Apple users — literally putting a virtual “you” inside your Apple device.

The patent explains how devices could create three-dimensional avatars that resembles users by first photographing them, and then comparing this image to a database of pre-created facial components which can be fitted together in different combinations. The resulting creation could be used in gaming, social media, and video conferencing.

Facial elements that could be changed for individual avatars include skin tone, hair, nose, eyes, mouth, ears, glasses, facial hair, and more. By matching pre-existing parts to the images Apple records of users, fully 3-D models could be created for interacting online and in mobile communication.

Below are two diagrams showing how this avatar creation process might realistically work: 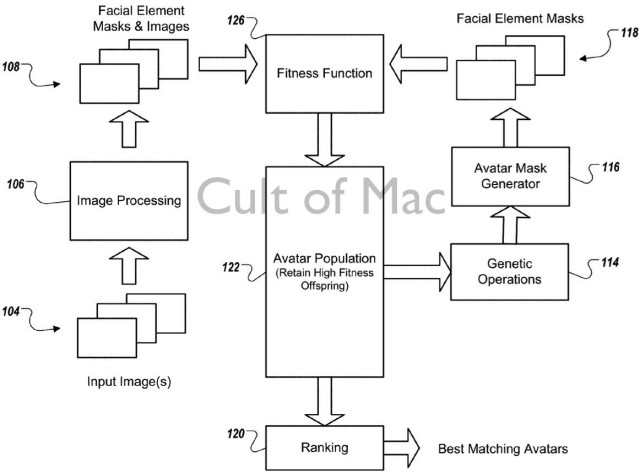 Another patent also published today shows how a similar technology could be adapted to recognize specific user states — be that particular facial expressions and body language, or items such as changing clothes and accessories.

The Automatic Avatar Creation patent was filed by Apple on December 1, 2011.