SAN FRANCISCO — Right in the middle of the Macworld show floor, there’s a circle of 12 tables. They’re showing off a range of cool gadgets, like a combination battery/wall charger and a clever foldable iPhone stand.

The dozen products all started life as successful Kickstarter projects, and can be found for sale on BiteMyApple.co, an online store that sells Apple-related Kickstarter products.

The site is the brainchild of Chris Johnson. After founding the site three years ago, Johnson has grown it from $45,000 in annual revenues to more than $500,000. He runs the whole operation himself out of his small apartment in New York.

He’s even making a profit on the 12 tables here at Macworld.

Johnson rented a large central booth space for $20,000 and invited a dozen Kickstarter projects to sublease individual tables for $1,700 apiece. With twelve tables full of innovative products, the booth is a great showcase for his retail website. It’s also a relatively inexpensive way for cash-strapped Kickstarter projects to get exposure at a major tradeshow.

On the retail website, Johnson buys the Kickstarter products wholesale and sells them at retail prices. The site currently stocks about 65 Kickstarter products. He is often careful to buy in small batches until he knows a product will sell. One of his early hits was the Olloclip, the wildly popular iPhone camera lens, which are now sold in stores worldwide. Olloclip itself has grown into a successful company with more than 50 employees and one of the biggest booths here at Macworld.

Of the twelve Kickstarter projects here at Macworld, here are the three that sold the most on BiteMyApple last month: 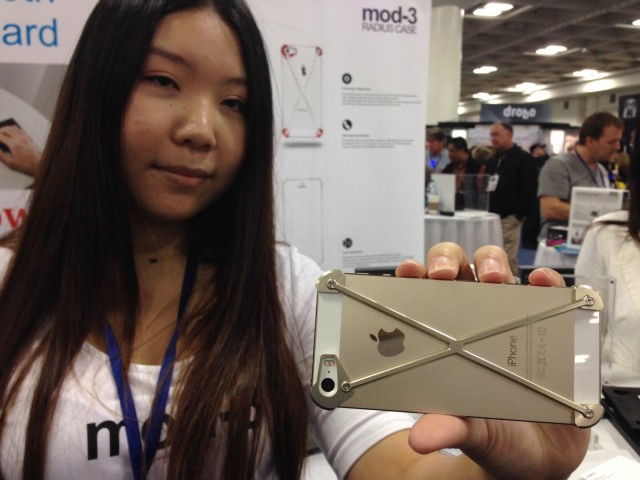 The Radius Case mod-3 by is an aluminum bumper case shaped like a cross. It sells well because of it’s a cool and unique design. It’s available in several colors for $69. 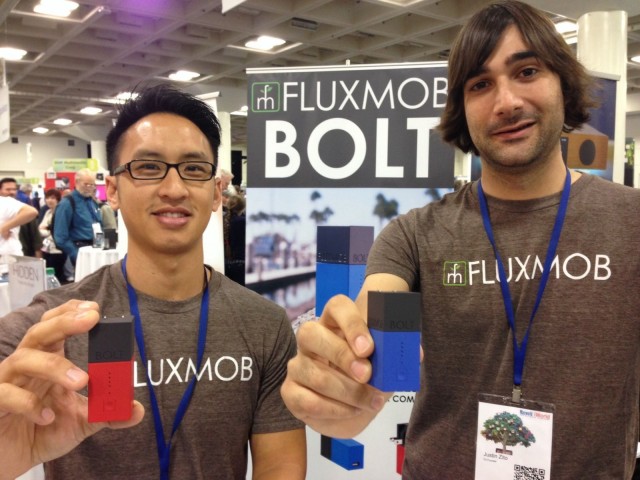 The Fluxmob Bolt claims to be the world’s smallest battery backup and wall charger combined. It comes in three colors for $59.99. Measuring about two inches, it really is small. The battery pack holds enough juice to charge an iPhone one and a half times. It’s currently sold out but the company is taking pre-orders for a shipment in April. 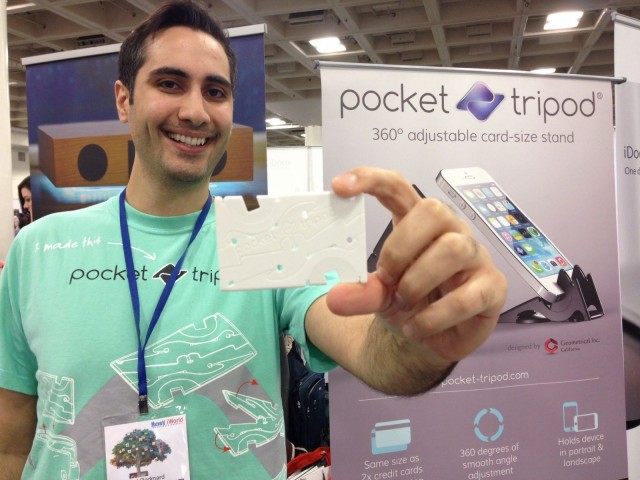 The pocket tripod is a clever $20 iPhone stand that folds flat to the size of a credit card. It’s totally portable.