If you’ve spent enough time messing around in Terminal, you’ll know one thing for sure: re-typing the stuff you’ve laboriously typed in with only minor differences is tedious. And it happens more often than we’d like.

There are a few more less intuitive commands to make the best use of your Terminal history, however. 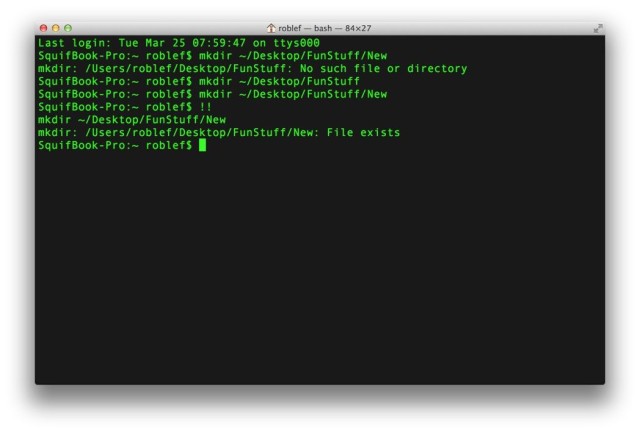 Let’s say you’ve just typed out a complicated command, and hit Return, only to figure out that you should have typed sudo at the beginning of the string of text. Oops! Before I learned about the double-bang symbol (!!), I would have re-typed the whole thing. Now, however, you can use the following command to use your Terminal history to better effect:

You’ll get something similar to the main image at the top of this post – a long list of all the default commands you’ve issued. Yikes, that’s a lot. 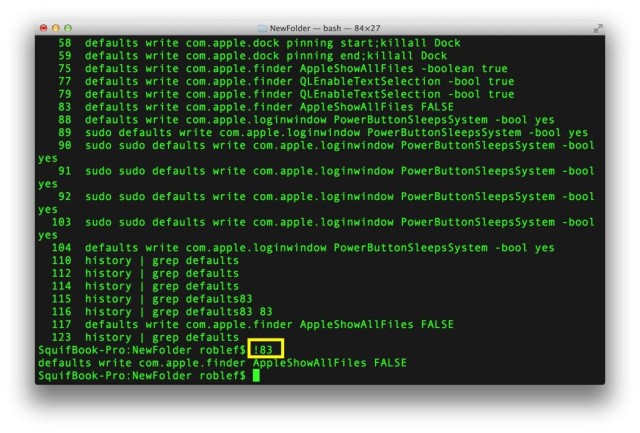 See all the little numbers to the left of each of the commands? That can come in handy if you want to re-run any of the listed defaults commands. Simply type in a single bang symbol followed by the number of the line you’d like to run again, like so:

This will run the command listed as line 83 again, without having to re-type. Sweet!