The UK’s Sunday Times has a long interview with Apple’s head designer Jony Ive in its Sunday Magazine (warning: paywall).

It claims to be the first in-depth interview Ive has given in twenty years at Apple, but breaks absolutely no ground whatsoever. Irritatingly, I can see the fingerprints of my Jony Ive biography all over the piece, but there’s no mention of the book.

The strangest thing is that Ive recycles the same quotes he’s used in the past. Believe me, I’ve read them all. He says that Steve Jobs’ ideas sometimes sucked the air from the room (previously uttered in his tribute to Jobs) and that he wanted to be a car designer, but other students made weird “vroom vroom” noises while they worked (from an Observer interview). There’s absolutely nothing new in the entire piece including the obligatory hint of an amazing new product, which of course, he can’t talk about.

The best part is 10 random-ish questions lobbed at him, which are:

Does anyone call you Sir Jonathan?
No

What do you feel when people say you are the “greatest living Englishman?”
That’s absurd.

You’re 47. In such a youthful industry, do you worry you are an old git?
Perhaps I should.

You’ve been called a minimalist. Are you?
It doesn’t describe what we do or our design goals and it’s certainly not minimalistic to get to where we are. It takes a ridiculously long time to create something pure, simple and intuitive, with which you have an emotional connection.

What have you made you’re most proud of?
Always the last thing we’ve made.

What’s so great about the color white?
There’s an odd paradox with white. It’s seen as sort of a non-color, as entirely neutral, insipid even. But three’s real gravity, significance and purity to it. Plus, to actually make products and objects in white is a very hard thing to do. It’s an extraordinarily unforgiving finish.

What would you like to make that you’ve not made yet?
What we’re working on right now, which I can’t tell you about.

Thanks to you, do we spend too much time looking at screens?
I do. You can choose not to.

If you could step away from Apple for a year and do anything you want, what would you do?
Make things for me and my friends. My father was a fantastic craftsman, a great silversmith. So I’d like to make some things in silver.

What are you really bad at?
Mathematics.

Here’s the whole piece. Click the images to see them full size. Thanks Alex! 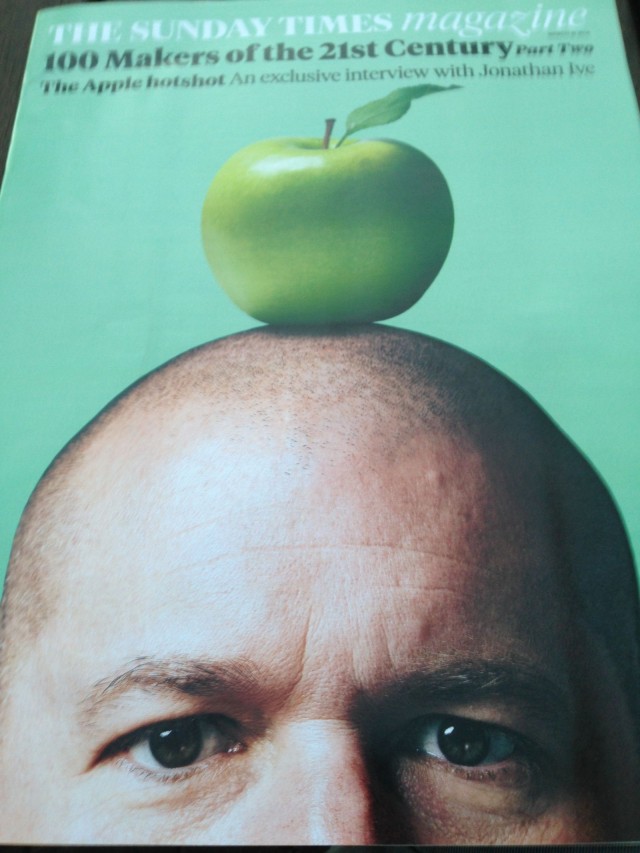 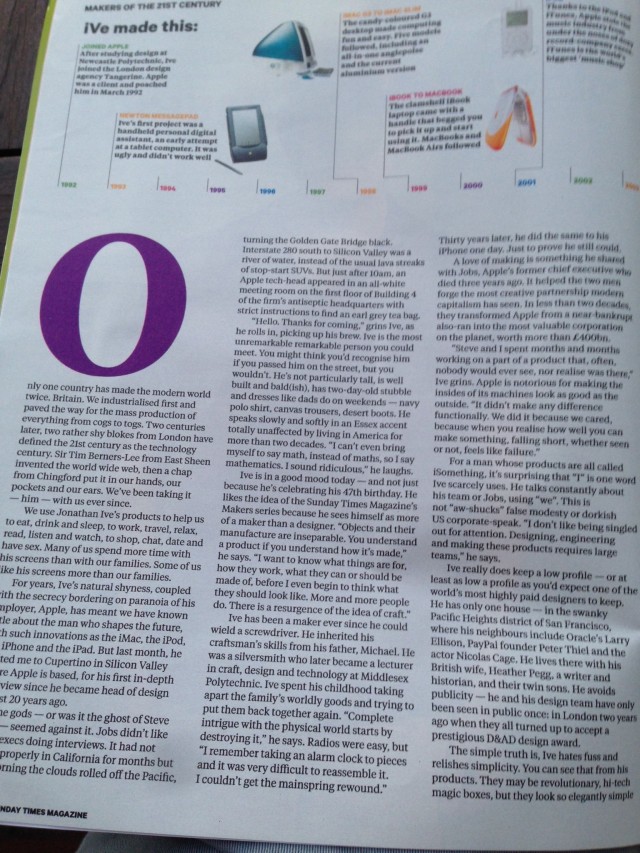 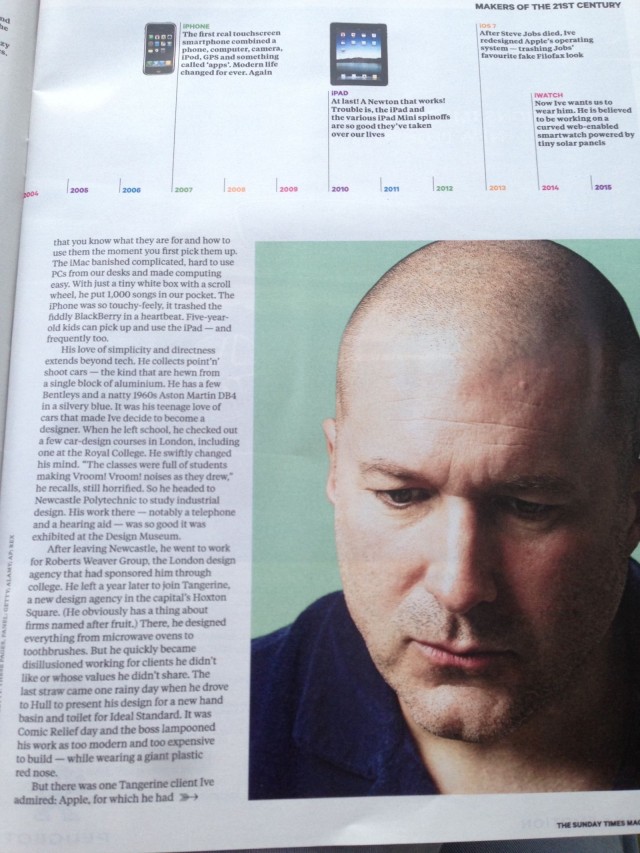 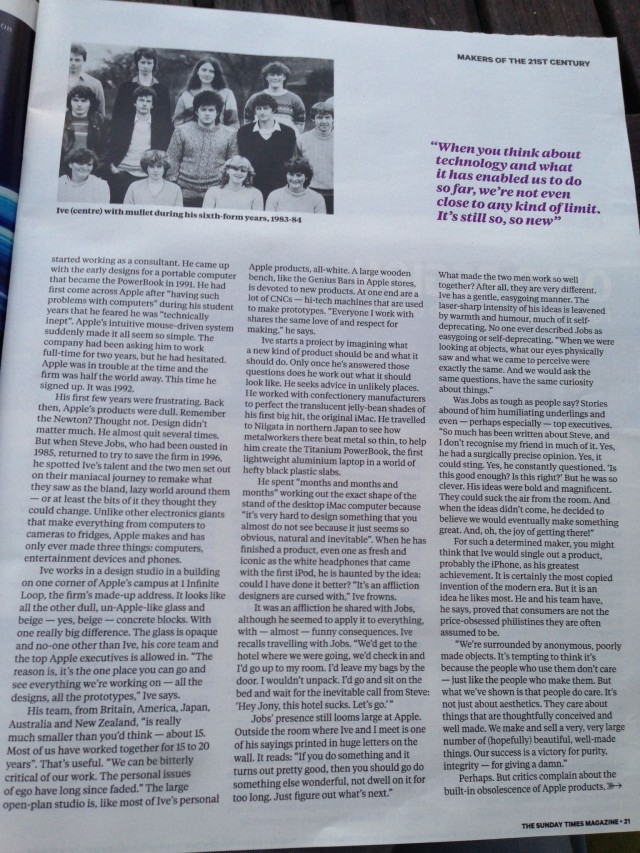 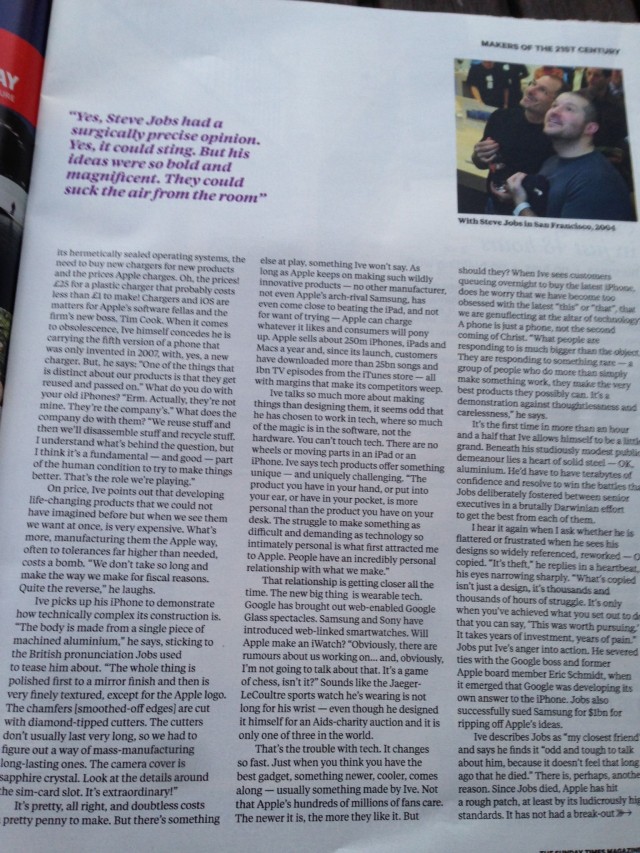 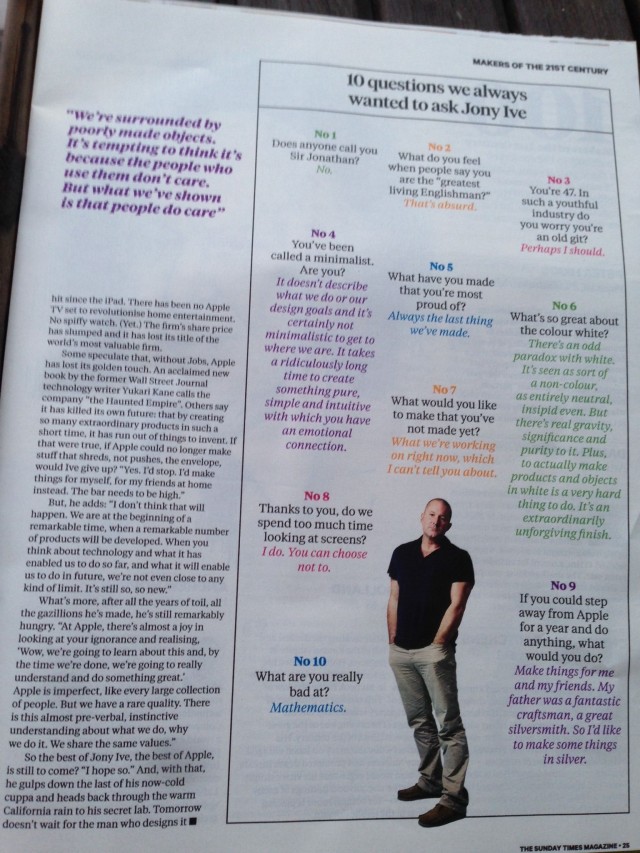