In a world in which the iPhone camera is good enough to be most people’s primary camera, the days of low-grade cellphones pics are a thing of the past (for Apple users at least.)

But it’s not simply a matter of megapixels, but about the other “value added” touches that truly make the iPhone a camera worth hanging up your SLR for.

One of those touches is Apple’s neat “tap to focus” functionality, which arrived with the iPhone 3GS in June 2009.

Referred to as “Image capturing device with touch screen for adjusting camera settings,” the patent for this functionality was published Tuesday — describing several methods for operating the in-built camera of a portable, handheld device such as the iPhone or iPad by tapping its touch sensitive screen to change exposure and focus parameters.

In the event that a scene changes, the camera then reverts to its default automatic focus mode.

The diagram below gives a high-level overview of how the technology works. 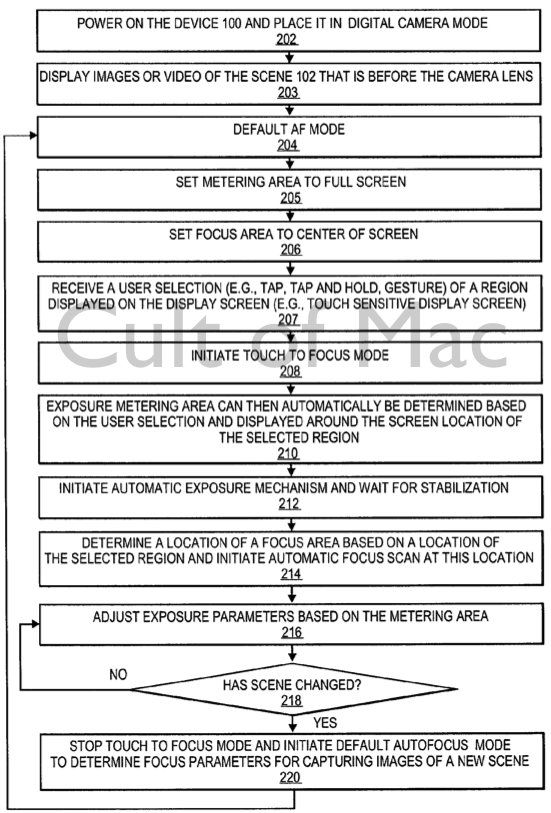 It names Jeremy Jones, Nikhil Boghal, and Ralph Brunner as its inventors.