The patent was filed August 31, 2012, and features several possible implementations of the technology, designed to increase security on Apple products.

In the patent’s primary implementation, a user would be able to access files stored on specific devices, such as an iMac or iPad, only after first authenticating their identity using multiple biometric inputs.

These include areas Apple is already known to be working in, but also hint at other security measures the company might implement in future devices.

While fingerprint scanners like Touch ID have been in place since the launch of the iPhone 5s in September 2013, the patent describes asking users to submit palm prints, face-recognition, retina scans, and voice signatures before being allowed access to their data. Although some of these areas have been previously explored by third-party apps, they have not previously been implemented by Apple. 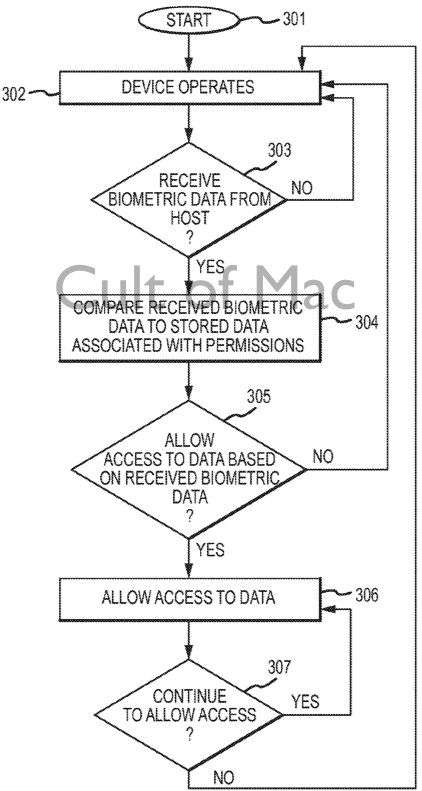 The patent additionally describes how users could have the option of assigning different security levels to parts of their data — so that certain files or areas would need more authorization (say, face recognition, retina scan, and voice signature) before allowing access. Although this would be time consuming for the user, it would also present the most secure method possible of ensuring security is maintained.

The Wireless Pairing and Communication Between Devices Using Biometric Data patent names Chang Zhang and Qing Liu as its inventors.