The original image was most famously used for the hardcover jacket of Walter Isaacson’s 2011 Steve Jobs biography.

Mecier claims that each collage portrait takes, “At least fifty hours, but many take much, much longer.”

His other creations include painstaking reproductions of celebrity likenesses including Stevie Nicks, David Bowie, and Snoop Dogg.

UPDATE: Nick Cookendorfer, the new owner of the portrait, sent in the following picture showing Jason Mecier at work: 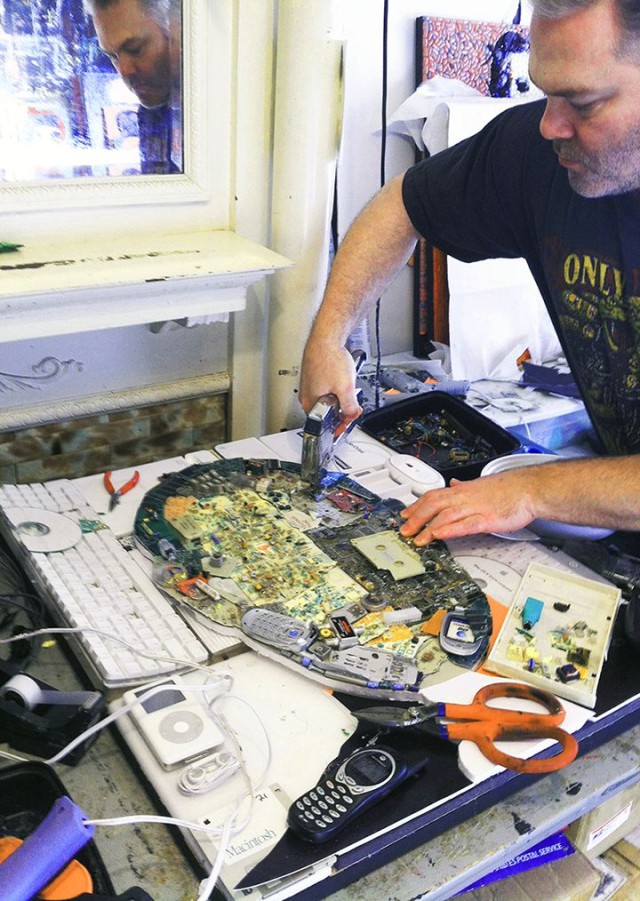 Via: The Bold Italic