CoM reader Paul sent us these pics of his office where the IT department shoots hoops on a backboard with an Apple logo.

After the cardboard backboard from the Nerf caved in under one too many slam dunks, Paul had a brainwave:

“As we were scrapping an old PowerMac G5 for parts, I realized that we could recycle the door to become our new heavy  backboard.  Two short screws were used to attach the plastic bracket to the door and another two longer ones to go into the concrete pillar in the office wall.” 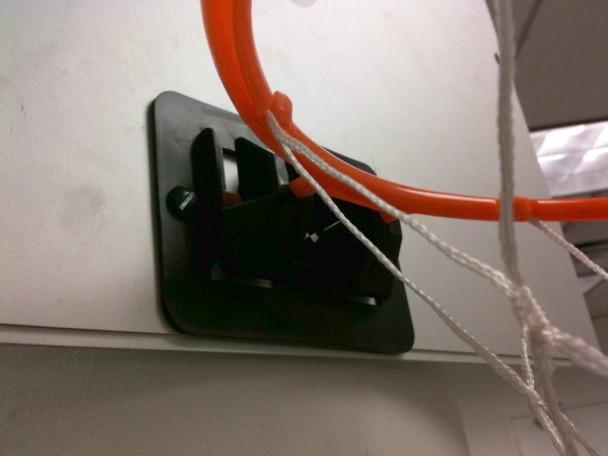