Spurred on by the holiday season, Apple sold a record 26 million iPads last quarter, which according to IDC’s latest numbers, was enough to boost the company’s tablet market share up to 33.8% to finish off the year, up from 29.7% the previous quarter.

Wall Street was less than impressed with Apple’s sales numbers though, and according to IDC there’s cause to be concerned as signs point to a tablet market that is growing dramatically slower year-over-year. 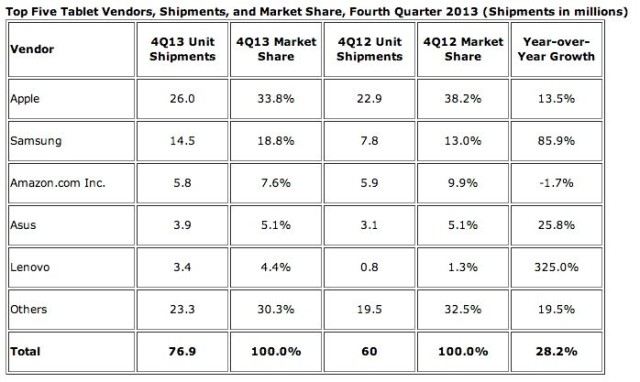 Emerging markets have continued to show strong growth but Tom Mainelli, Tablet Research Director at IDC says it will be hard for Apple and other companies to rekindle the rapid growth they once enjoyed worldwide now that markets like the U.S. are reaching high levels of consumer saturation.