Apple is getting ready for a 30th Mac Anniversary party at the company HQ, according to pictures that have just started showing up on Instagram.

Several pictures from Apple’s Cupertino HQ taken in the last hour or so show giant birthday banners that have been hung off buildings. “Happy Birthday, Mac,” they say.

The photos are accompanied by hashtags mentioning #party and #concert. One picture shows technicians unpacking equipment, possibly for a live music act. In 2011, the British supergroup Coldplay played a set during the tribute to Steve Jobs.

UPDATE: The U.S. pop band One Republic played the gig that was attended by hundreds of employees. Here’s a short clip of the performance.

Apple CEO Tim Cook even tweeted about it. “Celebrating Mac’s 30th with some of my closest friends in Cupertino with OneRepublic,” he wrote. “Awesome.” 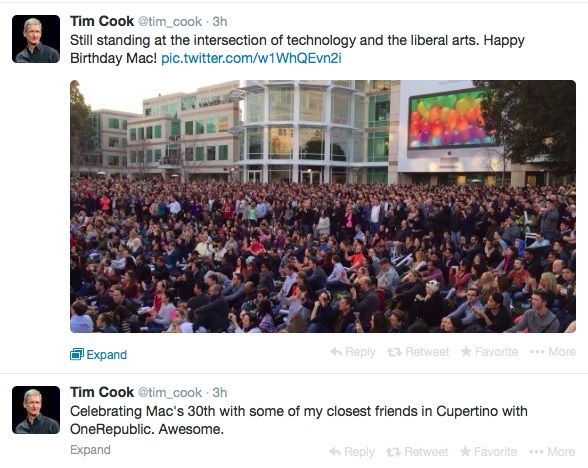 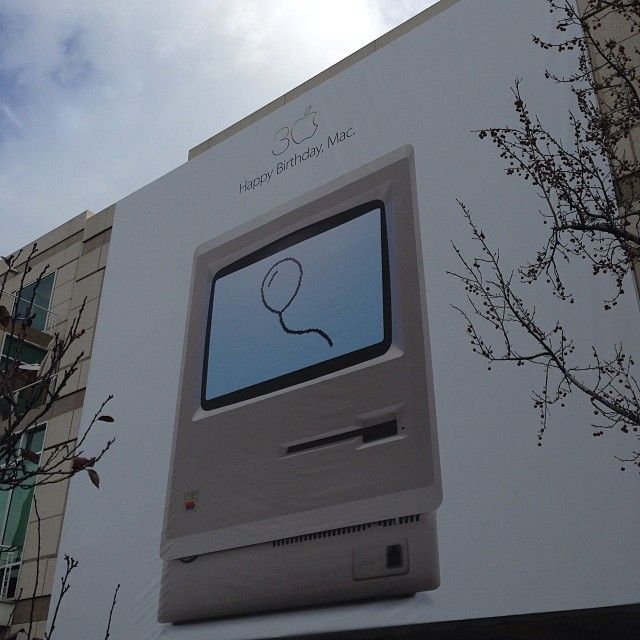 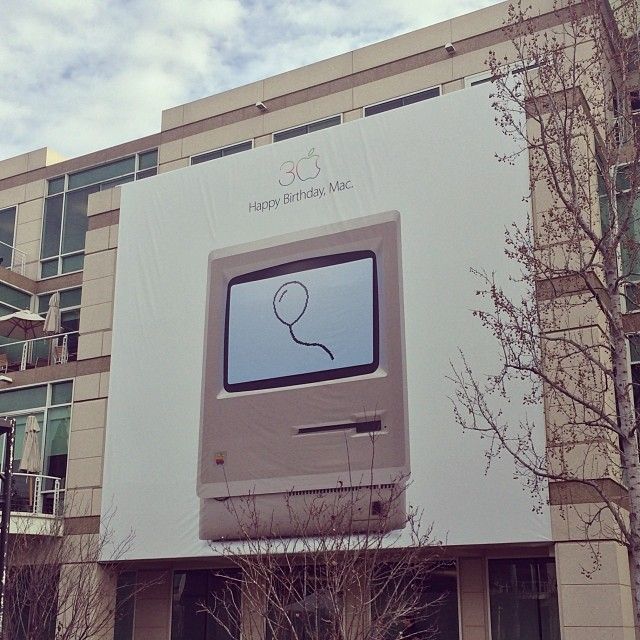 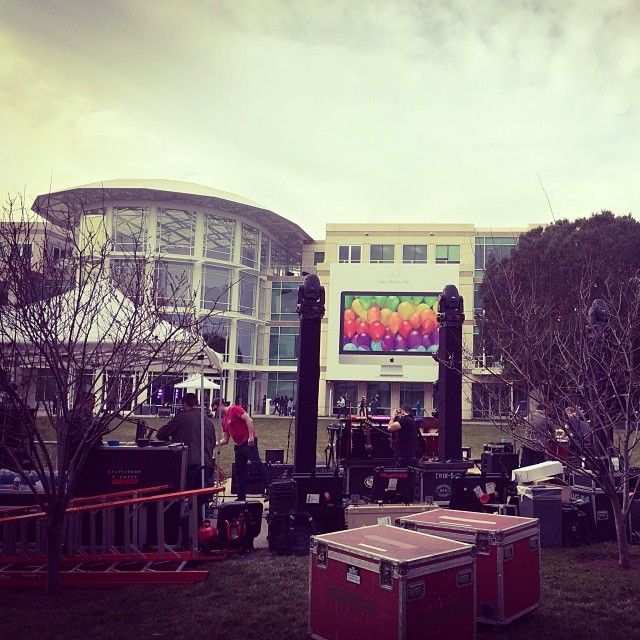 In addition, there are 10 posters in the quad with the names of Apple employees — past and present —  in badge order.

Here’s a shot of the poster: 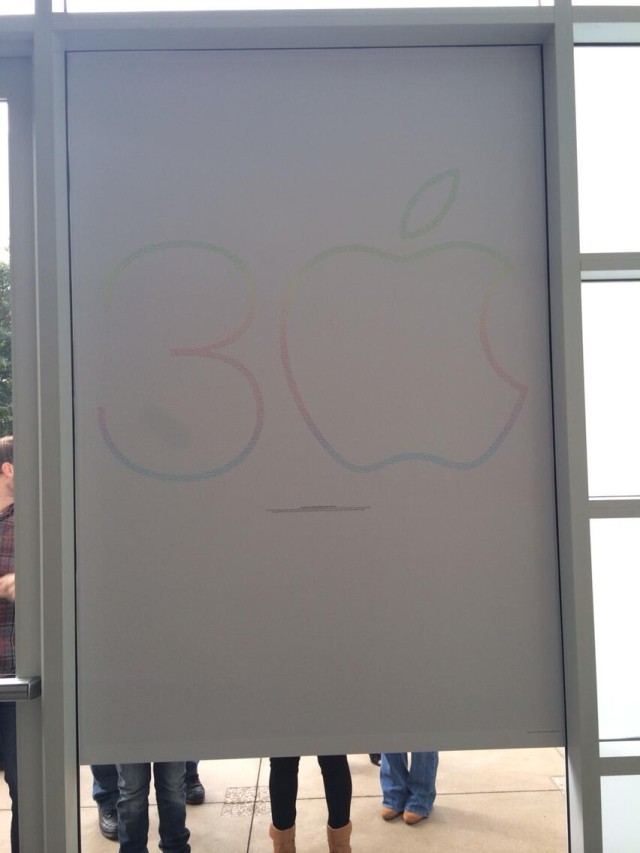 And here it is closer up: 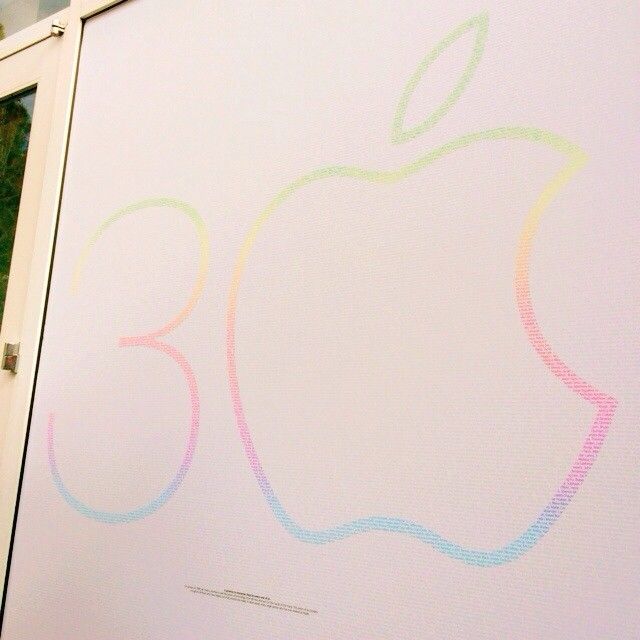 And this is what it looks like in detail: 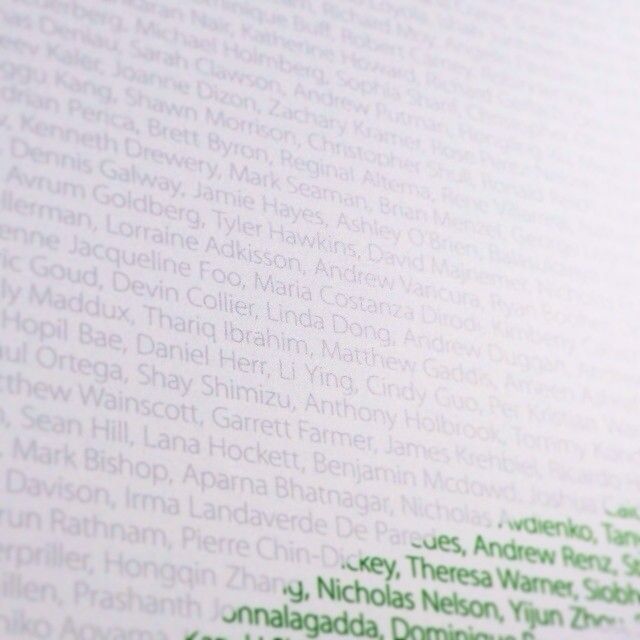 UPDATE: The text at the bottom reads:

A promise to everyone, kept by every one of us. On january 24, 1984, we made a promise to take the power of technology from the few and put it in the hands of many. This series of ten poster recognizes all those who have helped turn that promise into reality. In other worrds, every single person who has ever worked at Apple.