To quote the all-seeing Strobist, “Memo to @Nikon: THIS is how you do a retro-dialed digital camera.” Take a look. These are the official product shots of the Fujifilm X-T1, an SLR-style mirrorless camera joining Fujifilm’s X-Series lineup. Isn’t she purdy?

To further quote from our profound Twitter conversation, Mr. Hobby replied to my comment that “Fujifilm is so hot right now with the following nugget of wisdom:

And there’s the whole point of Fujifilm’s X-Series right there. Lots is talked about the retro styling, as if it were done for looks only, to somehow turn back the clock to the days when people still bought cameras instead of taking pictures with their iPhones. But Fujifilm is doing something else: making great cameras for photographers to use instead of just selling slab-like menu-driven computers that have all the charm of a phone camera with none of the networking or app-running benefits. 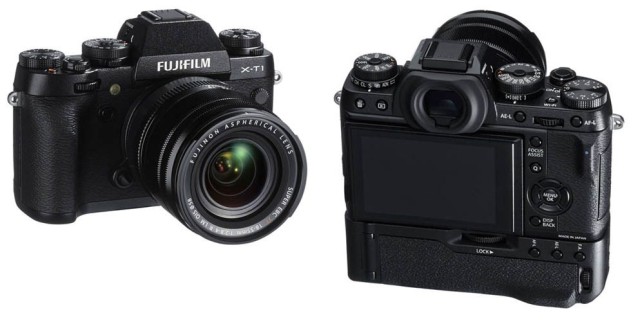 Camera makers have shoveled shit at us for years, ignoring the design wins of film cameras which solved the UI puzzles of a box that captures light years ago in favor of ever more indistinct pieces of junk. They would make a single computer that they’d use in all their boxes, selectively enabling features depending on how much you spend.

And then came Fujifilm, the Apple of camera design, it seems. The cameras are designed to be powerful and easy to use. Some folks laugh at the retro aesthetic, say it’s “just design,” whereas photographers line up for them becasue they know how good it feels to use those knobs and dials instead of digging through some hideous menu.

Fujifilm then iterates on its designs, taking the flawed but still-amazing X100 and turning it into the almost-perfect X100S. Not only that, but it has continued to offer software updates to older cameras to add new features and fix even big problems, even after the next model was on sale.

And it’s being rewarded with the loyalty (and launch-day shortages) normally only seen for Apple.

I can’t wait to take a look at the new X-T1 when it launches next week.