Touchscreens and platformers just don’t mix most of the time. Lots of developers try to make platformers for mobile devices, of course, and will continue to as long as our collective nostalgia for Mega Man and Super Mario Bros. remains. UsagiMan is a creative spin on Mega Man-like platforming that compensates for less-responsive touch controls by sprinkling in a little web-slinging.

UsagiMan is a rabbit-shaped hero bounding through levels overflowing with high ledges and murderbots. Rather than ducking down to avoid enemy fire and carefully maneuvering over precarious platforms, UsagiMan flings himself across the screen via a Spider-Man-like grappling hook. Players can also attack enemies by furiously tapping them, which sends the hook out in rapid bursts. 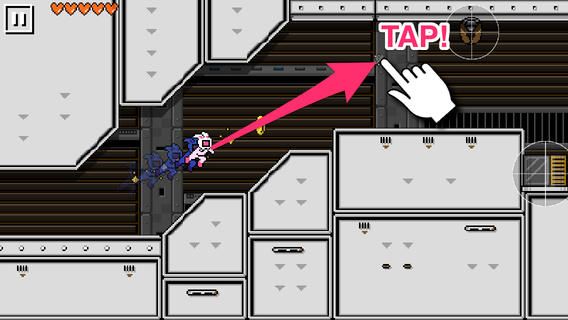 All the frustration caused by mobile platformers melts away with the addition of that grappling hook, but it doesn’t mean UsagiMan is an easy game. Levels are deceptively difficult, and many narrow corridors can pin you up against several enemies that will knock you out before you can grapple them to pieces. The boss fights at the end of each level are also quite tricky, but made more manageable if you take the time to figure out the physics in UsagiMan‘s movements. 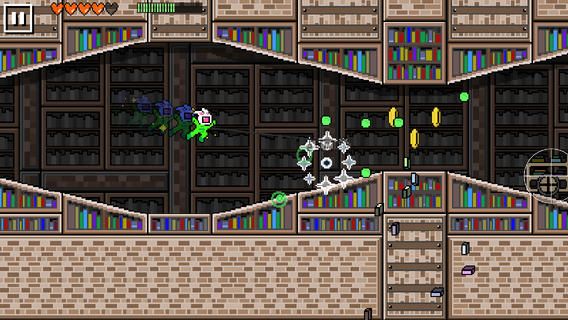 I really like this game! I typically don’t like Mega Man clones, but UsagiMan has just enough personality to stand on its own. Plus, it is super fun to zoom across the screen and bypass all the silly platforming.