Steve Jobs is still parking in handicapped spaces at Apple, according to a new snap posted to Flickr.

Snapper Rana Sobhany spotted Jobs’ Mercedes SL55 AMG parked in a handicapped spot at the Apple campus over the weekend.

Jobs, of course, has a long history of parking in handicapped parking spaces at Apple. The reports go back years, and have recently been documented on Flickr.

Since 2006, Jobs’ car has been snapped in handicapped parking spaces at Apple at least five times. See the pictures after the jump.

“Crack the throttle, and this posh heavyweight lunges forward like a shark that’s been invited to nibble a chunk of Britney Spears,” wrote Tony Swan in Car&Driver’s review. Curiously, it’s not the top of the line Merc: the $190,00 SL65 is. You’d expect Jobs to plump for the best.

Apple veteran Andy Hertzfled reports on his history of the Mac website, Folklore.org, that Jobs was constantly parking in the restricted spaces. “He seemed to think the blue wheelchair symbol meant the spot was reserved for the chairman,” Hertzfeld writes.

In a comment to Hertzfeld’s post, Dan Cochran, who worked at Apple, noted that one day someone converted the handicapped “wheelchair” graphic into the Mercedes logo.

“I thought it was hilarious but as I recall Steve didn’t find it particularly funny at all,” he notes.

Quipped former Apple executive, Jean-Louis Gassee, when he saw Jobs park in a restricted spot: “I never realized those spaces were for the emotionally handicapped…” (According to Wikiquote, Jean-Louis now says morally handicapped when retelling the story.) 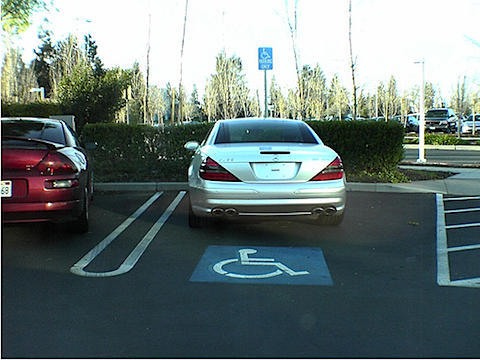 January 13, 2007 Photo by brianamerige In the caption, the photographer says: “Jobs didn’t really seem to care about the car much. He owns the darn parking lot, so he’s parked all crookedly and in a handicap space, no less.” 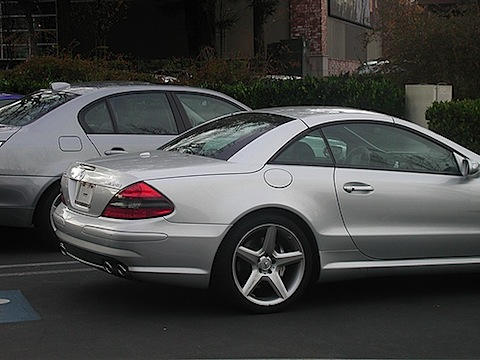 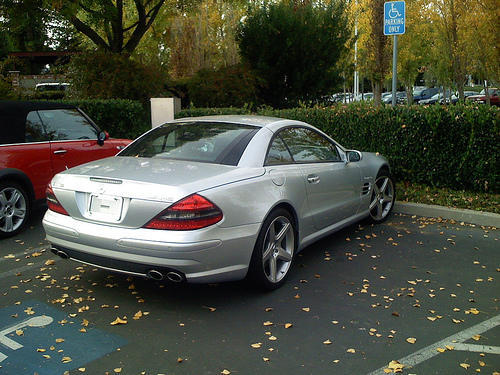 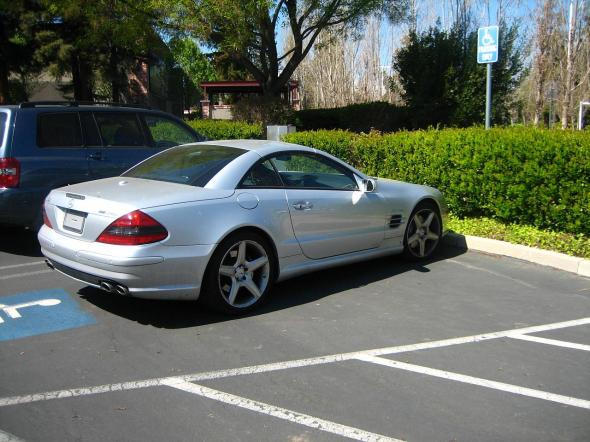 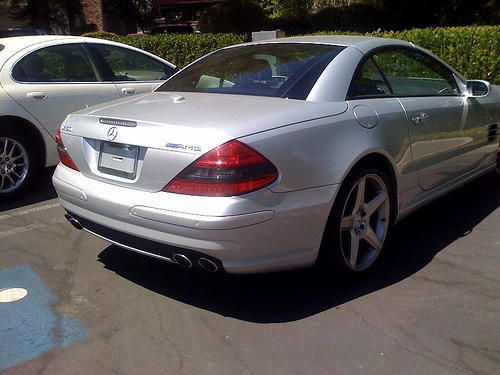