LAS VEGAS — Remember the View-Master? I used to spend hours looking at 3D reels but after awhile the same pictures got boring. Now, a Kickstarter startup called Poppy has taken the immersive 3D scenes concept but instead of stock photos, you can take your own iPhone photos and videos and make them 3D. 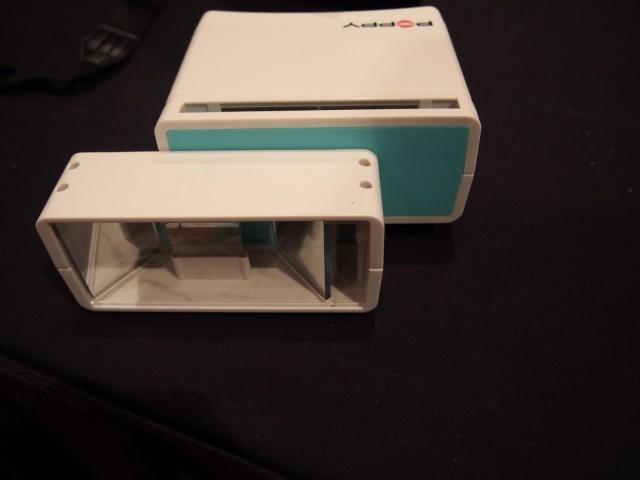 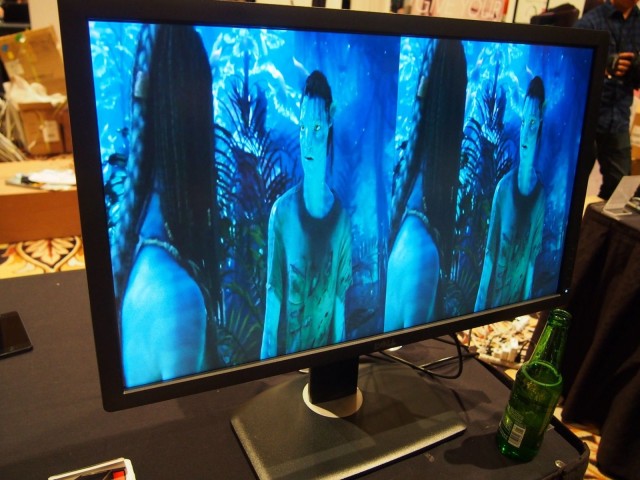 Poppy is an iPhone accessory that turns your iPhone into a 3D camera. Launched in November, this KickStarter project raised over $200,000 and was backed by 3,000 people.

Made out of rugged plastic and weighing less than a pound, Poppy works with a system of mirrors that splits the iPhone’s field of view to capture two stereoscopic images at once. It’s a purely optical system. No electronics or batteries are necessary. The system captures a pair of stereographic image or video with the iPhone’s camera, mimicking the slightly different images seen by the left eye and right eye.

The iPhone fits securely in the unit. You take a picture by sticking your finger through a hole at the bottom. After taking a picture or video, the built-in viewer transforms the images into 3D. The split images can also be shared on YouTube and viewed with traditional Anaglyph glasses.

Yes, it’s a novelty item, but it’s a really cool one. Plus it’s dead easy to use, is a one-piece item, and priced at $59, it won’t break the bank for the fun factor.

Poppy is available for purchase on the company’s website.

Number of comments on this postLeave a comment
Posted in: News Tagged: CES, CES 2014