I love games like Canabalt, even though a world of tricky endless runners flowed from that simple endless platformer’s success. Last Bunny takes the Canabalt style and introduces tilt controls along with jumping to give you more control over the fearless rabbit bounding over buildings.

You play as, well, the last adorable bunny in a world overrun by those grumpy stone blocks from Super Mario Bros. games and missiles. You jump from building to building trying to avoid bombs and pitfalls. Unlike Canabalt, you have control over the speed at which the bunny runs. By tilting your phone to the right or left, you can increase or decrease his movement to make jumping more precise. This is very helpful when blocks fall just outside the rabbit’s jump distance which will ultimately lead you to running into them unless you’re moving at a slower speed. 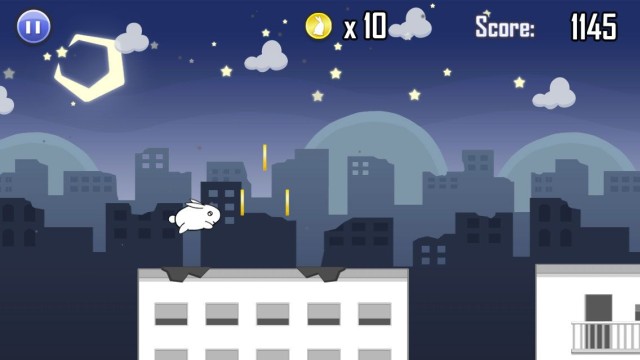 As you run through the different levels, you’ll unlock new animals and power-ups to make surviving just a little bit easier. Last Bunny also has a daily rewards system that gives you a bundle of coins at the start of each day. Playing the game at least once a day will net you a huge cumulative coin reward that would take hours to collect just playing through the levels. If you’re serious about unlocking new content, you’ll want to get those coins. 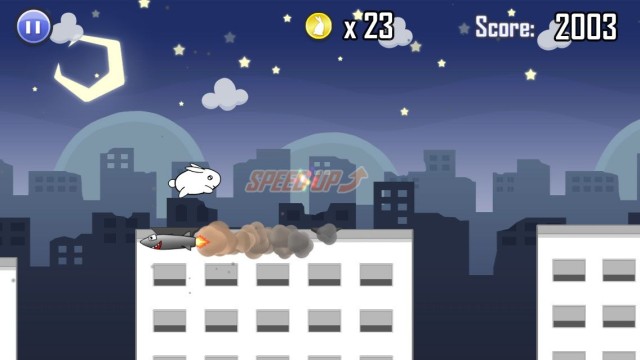 So go forth and save the Last Bunny. Though, it is tragically adorable that when you fall in a hole or hit an obstacle, the bunny turns into an angel.