The Apache helicopter in Apache Candy is more like a friend to Jay Jay the Jet Plane than a fierce combat copter. He’s the little pink and purple avenger that could, and all he wants is to collect candy.

Apache Candy is another infinite side-scrolling shooter on iOS, but the cheery graphics are what drew me to it. It reminds me of the retro game Twinbee and other cute-em-up shooters that have you blasting your way through screen after screen of adorable-yet-lethal enemies. Apache Candy is nowhere near as deep–you’re really only collecting candy and trying not to die–but the look was enough to satisfy. 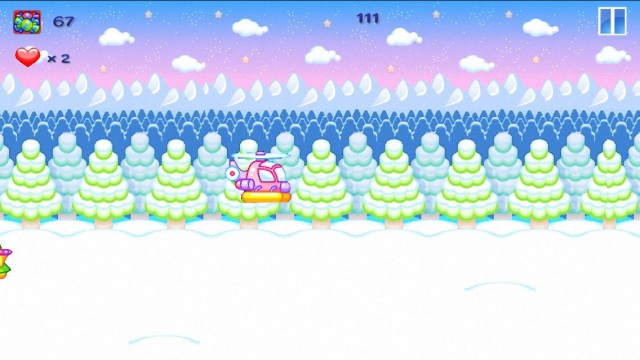 Unlike a lot of free shooters, Apache actually has fairly decent controls. You drag one finger on the left side of the screen to move the helicopter around enemies, and tap on the right side to fire. You can fire as quickly as you can tap, and having a full range of movement makes it easy to dodge enemies. 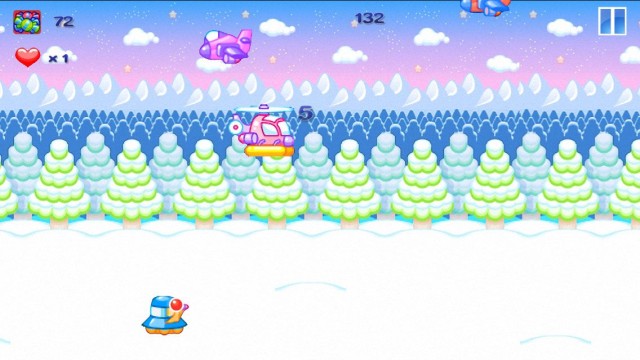 As you play, you’ll unlock different colors for your helicopter so you’re not stuck with the pink and purple design. Overall, Apache Candy is a cute distraction that is a vast improvement controls-wise over other infinite shooters available on iOS. You wouldn’t think that was a big category, but it seems dozens of side-scrolling shooters turn up on the App Store every month.

Number of comments on this postLeave a comment
Posted in: Reviews Tagged: 3/5, gaming, gaming reviews