It’s official: riding-a fixed-gear-bike-past-some-old-city-warehouses is the new perky-and-quirky-guitar-music in Kickstarter pitch videos, and the latest people to put an Urban Warrior in their video spot are Martin Fredewess and Philip Perera. What are they selling? A pretty cool-looking iPhone keychain carabiner called the TiStand. And spoiler alert, it’s made of titanium. 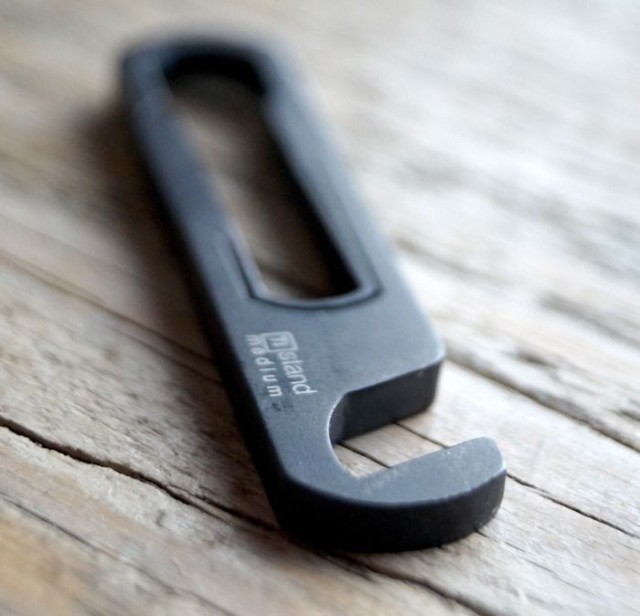 The TiStand is cut, unibody-style, from a single chunk of titanium and comprises a keychain carabiner end and an iPhone-

standing end. The design of the carabiner is pretty neat, with the titanium cut to form a springy section to allow clipping and unclipping. And because it’s titanium it’s tough, letting you use it to open bottles of beer.

The other end is a simple loop that you slot the iPhone into (or the iPad on the larger version) to prop it up. There’s no rubber pad for protection so you’ll just have to be careful not to scratch anything when you use it.

Price-wise, it’s not bad at all, especially when you consider how much a decent carabiner will cost you. The regular unit will cost you £13 plus £2 or £4 for shipping, which comes out at $28 in the U.S. Estimated delivery time is March 2014.