We’ve seen roughly one zillion iPhone wallet cases passing through the pages of Cult of Mac, and like neutrinos there are surely untold others which we never even detect. And yes, the Access Case is another wallet case, and yes, it’s even a Kickstarter project. But it has one thing none of the others do: it has a sweet-looking sister that fits the iPad, and which knows how to suck… 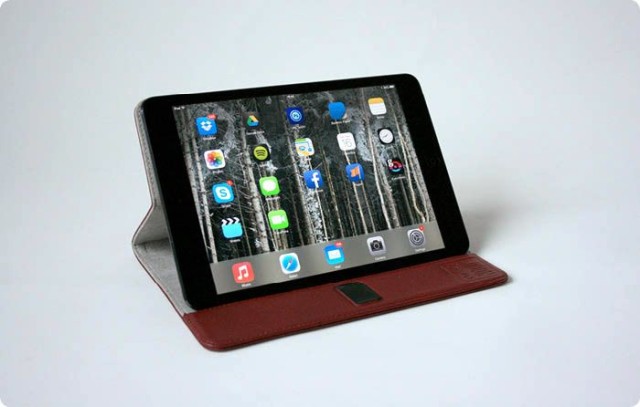 Where by “suck” I mean “use nano suction.” The Access cases use one of those nifty nano-suction panels to stick the iDevice in place. These pads, tacky to the touch, are made up of millions of microscopic suction cups, and they grab a flat surface with amazing tenacity. After a while they get a little choked with dust, but a quick clean with a strip of sticky tape makes them good as new.

Both cases are made from leather, and iPhone case has a little pocket on the inside front cover for cash or other paper fragments. The iPad version is just the same only bigger, and the case bends along a vertical crease in the back to let you fold it into a multi-angle stand. And in this case it uses its own pocket as a non-slip anchor.