Playing Icycle: On Thin Ice feels more like interacting with a movie than playing a game. You guide the hapless (and naked) Dennis through an increasingly treacherous frozen wasteland with nothing but a bicycle and a warm hat. The world will shift, crack, and crumble all around you, often sending Dennis up an ice flow or down into frozen lakes. The animation is so seamless that it’s almost like you’re watching a cutscene.

What is more game-like about Icycle is the emphasis on completing level objectives while performing dangerous jumps to collect ice chunks. Doing so will let you unlock new tools and eventually clothing for Dennis to use. I was worried when I started the game that Dennis would just stay naked, so I’m glad you have the option to clothe him. Of course, every time you careen into spikey ice, his clothes miraculously disappear, leaving Dennis to freeze to death on the ice–which is as charmingly animated as everything else in Icycle. 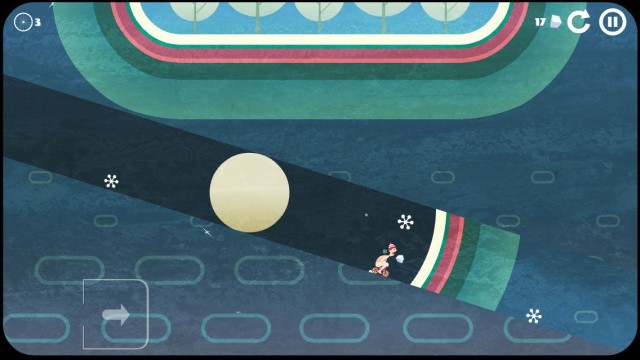 Icycle suffers a bit from its controls, however. The directional buttons are in the lower left-hand side of the screen, just close enough that when you’re trying to guide Dennis down through a field of spikes, your finger may slip off the controls entirely. This is true of any iOS game where the controls are closer to the edges of the screen, but was a frequent issue for me in Icycle. And since Dennis can only die a few times before the level resets entirely, this can lead to many frustrating play-throughs. 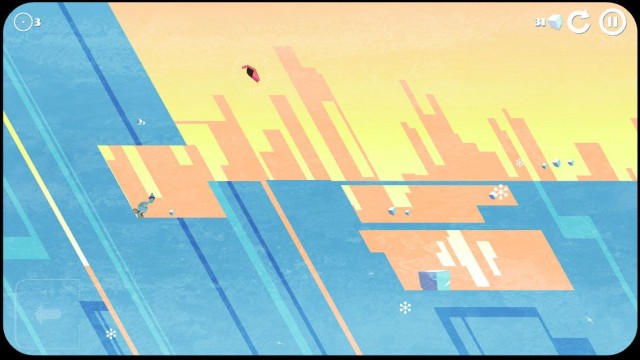 But this art! Dennis’ post-apocalyptic quest for warmth and love gets progressively more surreal as you play, and even references famous paintings like Rene Magritte’s “The Son of Man.” I wish Icycle was just an animated movie so I could take in all the details in the world without worrying about Dennis rolling to his doom.